President Trump’s first decisions on the environment and the appointment of Oklahoma Attorney General Scott Pruitt to head the Environmental Protection Agency has left scientists at the agency “nervous” about their ability to fulfill their mission, former EPA Administrator Christine Todd Whitman tells TIME.

“He’s really someone who doesn’t believe in the mission of the agency,” she says, noting the many times Pruitt has sued the EPA. “It puts him in the presumption of an adversarial position with the career staff, which is going to make it difficult to do anything.”

Pruitt, who has received hundreds of thousands of dollars in donations from the oil and gas industry, earned notoriety leading a charge against President Obama’s environmental regulations. He sued the agency 13 times in his capacity as Oklahoma’s attorney general, most famously to halt the Clean Power Plan. The Senate is expected to confirm the nomination Wednesday despite strong opposition from Democrats in Congress.

Whitman also expressed strong concern at an executive order Trump signed Monday mandating that federal agencies unwind two regulations for every one they issue. That policy could hamper efforts to protect public health when there is a clear basis for regulation, she said.

“It’s just mindless. You have to think more than that,” she says of the executive order. “You can argue that regulations overreach, but the substance of what they’re addressing is reviewed by scientists. They target a problem. There’s not a box of irrelevant regulations.”

Whitman said Trump’s Supreme Court nominee could be a crucial to protecting the mission of the EPA if the new Administration goes after some of the agency’s more firmly rooted programs. A recent report in Climate Wire suggested that officials in the new Administration are debating whether to challenge the EPA’s greenhouse gases endangerment finding, a key document that underpins the agency’s action on climate change. Such a move would be a massive setback to efforts to address climate change.

“It’s all going to be resolved in the courts,” says Whitman. “I think a lot will revolve on the next Supreme Court nominee.” 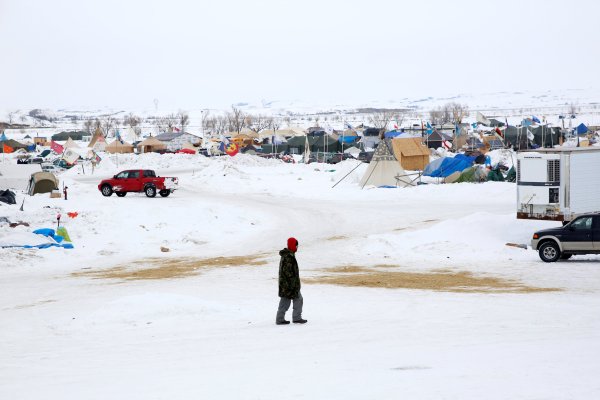 Activists to Fight Trump on Dakota and Keystone Pipelines
Next Up: Editor's Pick