Hafiz Muhammad Saeed, chief of Jamat-ud-Dawa, speaks with media as he is escorted to his home where he will be under house arrest in Lahore, Pakistan on Jan. 30, 2017.
Stringer—Reuters
By Feliz Solomon

Pakistani police are expecting unrest after Hafiz Saeed, the suspected mastermind of the deadly Mumbai attacks in 2008, was placed under house arrest Monday night in Lahore.

Reuters reports that Saeed, founder of the Lashkar-e-Taiba (LeT) militant group, was detained at the headquarters of his charity late Monday and later returned to his home, where barricades have since been set up and small crowds of his supporters began to arrive chanting slogans.

Saeed has denied involvement in the attacks, during which 10 armed LeT militants killed 166 people and injured hundreds of others over four days of terror. The incident nearly brought the two neighbors to war.

In recent years Saeed has stepped back from the LeT and publicly aligned himself more with his charity, Jamaat-ud-Dawa, though the latter is largely viewed as a front for the LeT. The militant group and charity are listed by the U.N. as terrorist organizations and there is a $10 million bounty on Saeed’s head.

Read More: A Look Back at TIME’s Cover on the 2008 Mumbai Attacks

The timing of Saeed’s detention has raised questions; he was initially detained shortly after the attacks, but was released six months later by Pakistani authorities. According to Reuters, his supporters have accused the Pakistani government of caving to pressure from the U.S. and India. A Pakistani defense official cited by the news agency claimed the new U.S. Administration, led by President Donald Trump, had not been in contact with Islamabad, but pressure was already evident.

“Trump is taking hard decisions against Muslim countries, there is open talk of actions against Pakistan also,” Reuters quoted the unnamed official as saying. “So yes, this was a consideration.”

Other officials reportedly said Islamabad may have been worn down by broader efforts by India and China, which have long been seen as allies, to diplomatically isolate Pakistan. 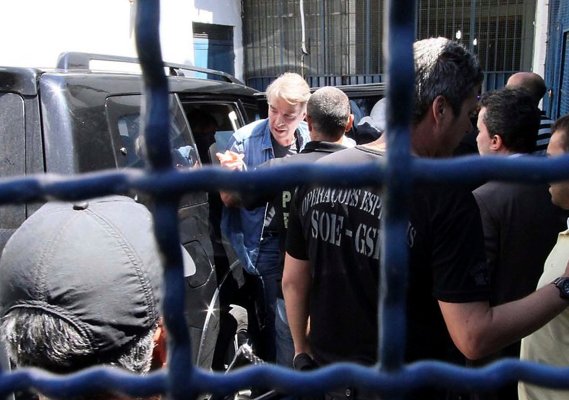 Brazilian Tycoon Sent to Prison on Bribery Charges
Next Up: Editor's Pick