BlackBerry Sends a Breakup Letter of Its Own to T-Mobile

A BlackBerry Bold 9900 smartphone sits on display for sale at a T-Mobile store on June 28, 2012.
Kevork Djansezian / Getty Images
By Doug Aamoth

Let’s talk about Seinfeld. In season three, episode 16 (“The Fix-Up”), Jerry and Elaine get in a heated argument. Kramer steps in and abruptly ends the argument by saying, “Now can’t you two see that you’re in love with each other?”

I’ll draw no such parallel between T-Mobile and BlackBerry, although with both companies pulling up the rear in their respective categories, you’d think that maybe they’d be able to find enough in common that they’d try to make it work.

Looks like the sun has set on this relationship, though. The April 1 date-stamp on BlackBerry’s press release aside (if this is an elaborate April Fools’ joke, it’s more sad than funny), BlackBerry head honcho John Chen is quoted as saying the following:

Perhaps this sounds like sour grapes, but put yourself in Chen’s position. First T-Mo stops selling BlackBerry devices in its stores. Then it sends mailers out to current BlackBerry owners to try to get them to upgrade to the iPhone 5s. Then T-Mo CEO John Legere pokes fun at Chen for not having a Twitter account, suggesting he’s on MySpace instead.

Now can’t you two see that you’re in love with each other? No? Neither can we. 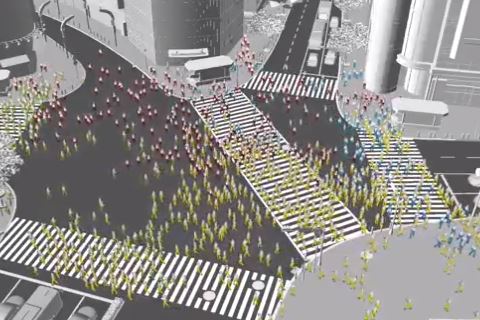 Danger! Computer Simulates 1,500 People Walking and Texting at a Busy Intersection
Next Up: Editor's Pick