Why the Koch Brothers Are Worried About President Trump

Republicans now have control of the House, the Senate and the White House. Don’t, for a moment, believe that the most powerful conservative voices in the country are confident they will acquit themselves well.

Over three days, more than 500 deep-pocketed donors huddled with each other near Palm Springs, Calif., to plot their next steps in shaping the politics and policy of the country. Organized by billionaire industrialists Charles and David Koch, these ultra-rich insiders have a litany of goals—and warnings against heavy spending that may seem politically popular.

“We cannot blow it now, or the other side will have every argument to say, look, they screwed it up,” Wisconsin Gov. Scott Walker warned friends Monday.

These patrons support a network of conservative and libertarian programs, including some of the most effective groups in Republican politics. The grassroots juggernaut Americans for Prosperity, for instance, helped the GOP to hold its majority in the Senate last years, and its data operations, i360, were an advantage that Republicans were able to use in races at all levels. Its veterans’ group, Concerned Veterans for America, plans to take the lead in boosting Trump’s coming Supreme Court nominee if he or she aligns with the network’s aims of smaller government and more freedom. As a sum, they are looking to spend between $300 million and $400 million—a boost over the $250 million they doled out to shape the 2016 results.

Unlike previous summits, these donors were more sober about the political landscape. In fact, many of the donors refused to talk about November’s election and instead wanted to talk about efforts to reform the criminal justice system or protect free speech on college campuses. There were Trump supporters among the crowd, but they weren’t wearing the red “Make America Great Again” hats lest they be ostracized.

And there are few signs that this confab of insiders will unify behind Trump any time soon, especially if he moves forward on big price-tag items like tax reform or an infrastructure program. In fact, the Koch-organized network has largely existed solely as an opposition wing of the Republican Party. It gained power in protest over George W. Bush’s spending and became a behemoth standing against President Obama.

“Our secret sauce, so to speak, is the accountability play,” said Mark Holden, a longtime Koch lieutenant.

The network sat out the 2016 campaign. Charles Koch, in particular, could not find himself interested in either of his options and instead focused on the Senate races. That may be the playbook for 2020, already on the horizon. After all, these groups have played in presidential politics only once, and Mitt Romney came up short despite the tens of millions of dollars the Koch supporters pumped onto TV, in phone calls and door knocks. (Donors of all scales still grumble that Romney ran a horrible campaign and blame his advisers strongly.)

That’s not to say these donors don’t watch the White House. When these donors last met, in Colorado Springs, Colo., they were coming off back-to-back political conventions that ended less than 48 hours earlier and were energized about the potential to scrap Obamacare. Before that, the donors were gathered were on the eve of the Iowa caucuses. And before that, they were still considering the candidacies of Carly Fiorina, Marco Rubio and Walker. This time—the first post-presidential summit where reporters were allowed to attend some sessions—the conversation was more centered on policy and less on politics.

For instance, there was significant time set aside on Monday to discuss racial tensions and, specifically, violence against police officers in Dallas. NFL hall-of-famer Deione Sanders joined one panel to discuss his work defusing the situation in Dallas—a reminder that the Koch allies often cut unexpected alliances.

“I’m not into politics. I’m into people,” Sanders said.

Still, political headlines could not be avoided. These megadonors were coming together as President Trump rode a wave of populism to the White House and issued orders that limited immigration from countries with large Muslim populations. The Kochs issued a public rejection of the plan and many said the populism cannot trample civil laws. Those sentiments frighten these rich and powerful titans. Time and again, presenters warned the donors that Americans are angry and ready to exact revenge on a system that they see as stacked against them—and done so by the very people in the conference rooms and lawns.

Calling it “rigged” might not even be serious enough, warned Brian Brenberg, a professor at King’s College and a favorite of these Koch seminars.

“Professional wrestling is rigged. This is just plain wrong,” he said.

And with Trump armed with his temper and a Twitter account, it could only get worse. The Koch groups pointedly refused to endorse Trump, a billionaire real estate tycoon who defied norms to win the Republican Party’s nomination and then the White House. It’s clear that many Koch allies are still baffled by Trump’s successes and others are horrified. But this is now the reality they face, and the Koch partners are trying to mitigate its impact, especially on a rewrite of the tax code that looms on the horizon.

“There is nothing that is unimaginable under President Trump,” said Erick Brimen, an investor from the Washington, D.C., area. “If anyone can be a change agent, it’s Donald Trump.”

That’s why many here preferred to talk about schools, prisons and factories. Those, at least, are predictable. 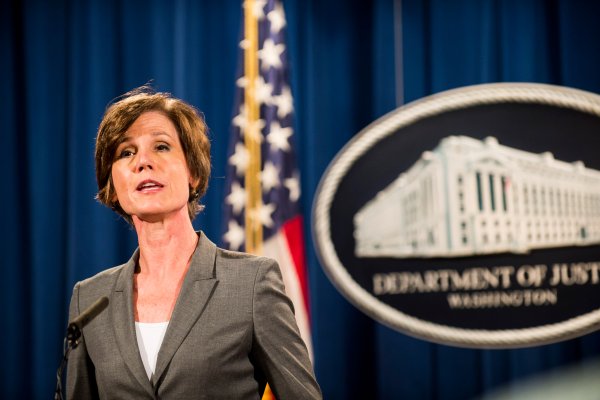