Ed Sheeran provides some serious fitness inspiration in the gritty new music video for his song “Shape of You,” in which the red-haired crooner transforms into a boxer—thanks to the encouragement of an impressively active new love interest.

In the video, Sheeran starts hitting up a boxing gym where he becomes enamored of both the popular workout and a particularly tough (and beautiful) sparring partner. An intense training montage ensues, cutting back and forth between workouts and some low-key hangs, before Sheeran is put to the test: an underground fight. But in a twist, he’s matched up against a sumo wrestler—while he dons a giant inflatable sumo suit. Perhaps not quite the glamorously grungy Rocky-style debut he was gunning for.

“Shape of You” was released ahead of Sheeran’s upcoming album, Divide, due out March 3. 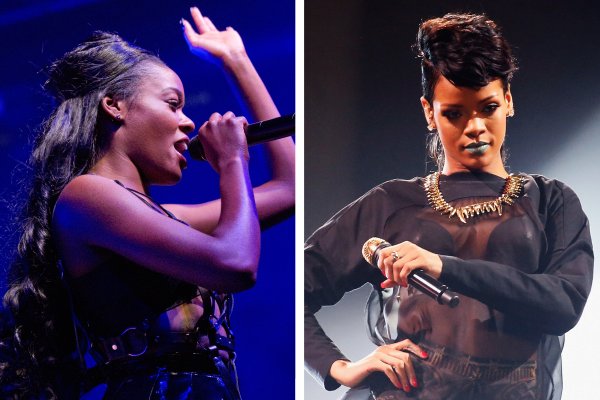 Azealia Banks Wants Rihanna to 'Shut Up' about Donald Trump
Next Up: Editor's Pick