In Japan, the leading Liberal Democratic Party — which, confusingly, represented the conservative side of the nation’s politics — had stayed in power despite expecting election setbacks. That event provided an opportunity for TIME to profile the nation and its Premier, Eisaku Sato.

The magazine presented Japan — the richest nation in Asia — in contrast to its neighbor, China, which was in the middle of a chaotic period of upheaval. Although Japan kept an even keel, as its recent elections had shown, the nation was experiencing its own kind of change, as citizens and observers alike wondered whether Sato and his government would begin to push Japan out of the post-World War II bubble in which it still resided:

That said, the magazine also used the opportunity to present an overview of Japanese culture. While certainly indulging in some stereotypes (the average Japanese person “sees no absurdity in sitting on a tatami mat in loose-flowing kimono to eat a breakfast of cornflakes and coffee”), was a relatively nuanced look at the best the country had to offer, from novelists like Kenzaburo Oe to filmmakers like Akira Kurosawa and artists like Kiyoshi Saito, who had created that week’s cover image.

Surprise bestseller: Sen. Everett McKinley Dirksen’s recitation album Gallant Men: Stories of the American Adventure was a big hit — prompting a dust-up between the Senator (who opposed compulsory union membership) and the American Federation of Television and Radio Artists, which insisted that he owed fees and dues.

Beard police: An interesting side note to Cold War concern over the doings of communist nations comes courtesy of this odd little item in the world news section, reporting that Romania had banned beards.

Abortion debate: The religion section presented an overview of the growing debate over legalizing abortion in the United States, as individual states and several other religious groups found themselves in opposition to the Catholic Church’s strict anti-abortion stance. The more permissive stance lined up with public opinion, the story noted, as a survey had found that “71% favored legal abortion when the woman’s health is seriously endangered, 56% when the pregnancy resulted from rape, and 55% when there is strong likelihood that the child would be born defective.” And, though the conversation about abortion has changed, that feeling has remained substantially the same: as of mid-2016, Gallup found that 79% of respondents believed the procedure should be legal in some or all cases.

Future tech: These days the use of a beeper or pager may seem like something straight out of Clueless, but it turns out the technology is a lot older than that, as TIME reported on their usefulness in the late ’60s: “With receivers as small and totable as a hip flask, one-way radio pagers are now a hot item. Some emit only a beep that tells the recipient to call his office from wherever he is. Others give out a beep-voice combination. Either way, the system is simple in concept: Party A wants to reach Party B, who is nowhere near a telephone. Party A calls a radio-paging center. There, an operator sends out an individually toned beep, or a voice instruction, to Party B, who is wearing a paging device. Party B goes to a telephone and calls in, or follows the vocal instruction.”

Great vintage ad: Here’s your reminder that color TV was still a new and exciting — but unreliable — technology.

Coming up next week: A cover story about Sen. Edward Brooke 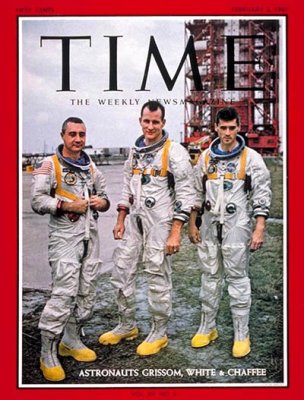 50 Years Ago This Week: Tragedy Strikes the Space Program
Next Up: Editor's Pick