President Trump Has Not Yet Chosen a Science Advisor

President Trump has issued a series of executive actions linked to a range of scientific issues since taking office earlier this month, but he has yet to name a science advisor.

Formally known as the Director of the Office of Science and Technology Policy, the science advisor is responsible for consulting with scientists inside and outside of government to ensure the President has the best available information on any policy issue related to science.

OSTP and the science advisor role have not been a priority for the Trump White House with the position still open and no indications that a nomination is coming soon. The transition team only held one meeting with the office before Trump became president, according to John Holdren, Obama’s OSTP director. That meeting—attended by a single transition staffer—lasted one hour and took place a week prior to inauguration, Holdren said.

Read More: Why Trump Will Lose His War on Science

Several controversial names have appeared as potential science advisors including Yale University computer scientist David Gelernter and Princeton University physicist William Happer. Both are respected in their fields, but deny the science of climate change.

Trump’s approach to OSTP—or lack thereof—is a dramatic departure from that of President Obama, who selected Holdren more than a month before taking office and immediately tasked the office with several initiatives. Holdren, an accomplished physicist known for his work on environmental issues, was widely viewed as an influential voice in the Obama administration who consulted on a wide variety of issues.

The absence of an OSTP director comes as the scientific community has expressed concern that Trump’s policies represent a challenge to the fundamentals of science. A number of executive actions and other measures enacted in the first week of the Trump presidency relate to science and could have benefited from input from the scientific community, scientists say. Trump signed measures to expedite construction of the Keystone XL and Dakota Access Pipelines, which have drawn concern over the contribution of oil extraction to man-made climate change. The White House temporarily blocked the Environmental Protection Agency (EPA) from issuing grants. Trump’s executive order Monday calling for rapid deregulation does not mention science explicitly but will inevitably affect a slew of measures rooted in science.

“What binds together a lot of things we saw last week is a president basing statements and policies on beliefs rather than on evidence and expert assistance,” says Kenneth Kimmell, president of the Union of Concerned Scientists, a scientific advocacy group. “We have strongly recommended that the President get a science advisor in there as soon as possible.”

Trump would not be the first president to go without a science advisor for an extended duration. President George W. Bush waited until June of his first year in office to select his science advisor—physicist John H. Marburger—despite taking positions on some key science issues prior to that nomination. Scientists at the time sharply criticized that delay as well as a downgrade in the attention given to the office during the Bush presidency.

Until Trump selects an advisor, he still has the research and data housed in a vast array of federal agencies at his disposal. But getting the relevant information in front of him may still prove difficult.

“There’s a lot of great scientists across the federal government,” says Kimmell. “But to make the sure that work gets the attention of the ultimate decision maker—that’s the role of the science advisor.” 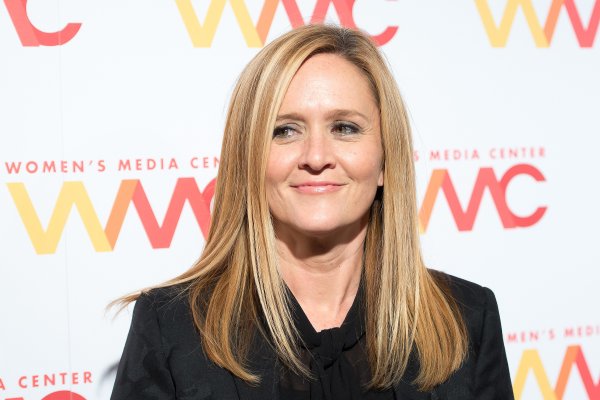