People Have Raised More Than $800,000 for a Mosque Destroyed by a Fire

A local community in Texas has rallied around a mosque destroyed by a fire on Saturday night, raising upwards of $800,000.

After the blaze ripped through the mosque, the Islamic Centre of Victoria set up a a fundraising drive on GoFundMe on Sunday to help rebuild the mosque. On Monday, the campaign was close to hitting its target of $850,000, thanks to more than 18,000 donations from as far as Europe.

According to the Victoria Advocate, at least four local churches and a synagogue has offered their places of worship for the mosque’s Muslim congregation. The center wrote a Facebook post on Sunday saying: “the local support from our wonderful Victorians has been heart warming. People drove from Houston, San Antonio, Corpus Christi, and Fort Worth to join our tearful & joyful gathering that was filled with love & hope.”

Officials have yet to determine the cause of the blaze that raged through the Islamic Center of Victoria, Texas. The Victoria Fire Marshal’s Office, the state fire marshal’s office and the Bureau of Alcohol, Tobacco, Firearms and Explosives, are currently investigating the fire, the Advocate reports.

The incident follows two other mosque fires in the U.S., where one has been determined to be arson, USA Today reports. 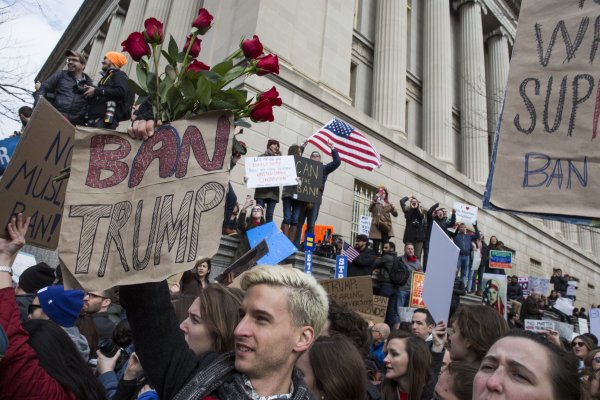