Philippine's President Rodrigo Duterte gestures as he answers a question during a press conference at the Malacanang palace in Manila on January 30, 2017.
Noel Celis—AFP/Getty Images
By Tara John

Philippines President Rodrigo Duterte has ordered the country’s police to dissolve its anti-drug units following the killing of a South Korean businessman by rogue officers.

Duterte said Sunday that he was “embarrassed” that anti-drug officers abused their powers, and will change the way the police operates. “Cleanse your ranks. Review their cases. Give me a list of who the scalawags are” he said, in remarks reported by CNN. Duterte has, however, vowed to go ahead with his anti-drug campaign until the last day of six-year term.

Government prosecutors say officers abducted Jee Ick-joo on Oct. 18, strangled him to death at Manila’s Philippine National Police headquarters, and asked for a ransom from the slain businessman’s wife, Choi Kyung-jin. Duterte has since apologized to South Korea and promised swift retribution.

The killing has added to criticism of Duterte’s anti-drug campaign, which unleashed a bloody crackdown that saw about 2,000 killed by the police and another 5,000 killed by suspected vigilantes. 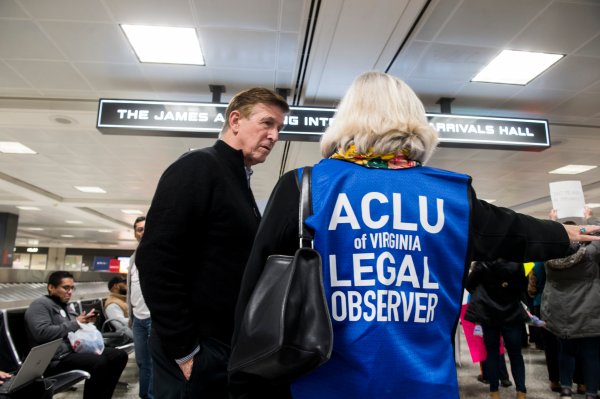 The ACLU Was Given $24 Million Over the Weekend
Next Up: Editor's Pick