After thousands of people showed up at JFK Airport and in Lower Manhattan over the weekend to protest President Trump’s ban on immigration from certain Muslim-majority countries, some New York Muslims say that they feel comforted by the widespread support.

Since Trump’s election. Yasmeen and Sara Hassan have been cautious about how fellow New Yorkers will interpret the hijab they both wear. The Brooklyn natives say they’ve worn hoods on the subway to avoid stares, and their mother fears for their safety on the way to and from school. When Trump was elected, their worst fears about Islamophobia were realized. “The most terrifying thing is how many people stood by, that they thought this was acceptable,” says Yasmeen Hassan, 22.

But on Sunday afternoon in Lower Manhattan, the Hassan sisters felt buoyed by the thousands of people, most of them non-Muslims, who flooded the streets to protests Trump’s ban on travel from Muslim-majority nations. “I had lost hope in humanity until yesterday,” says Sara Hassan, 15, referring to the mass protests at JFK Airport. “I thought everyone was like that. Until yesterday.”

For 25-year old Siham Graine, who emigrated from Algeria in 1998, the anti-Muslim sentiment is as high as she’s seen it since just after the attacks on Sept. 11, 2001. She says the ban on travel from Muslim countries amounts to an assault on basic American values. “It’s supposed to be a place for freedom, and he just broke the word freedom,” she says. “It feels like U.S. passport doesn’t mean anything anymore.”

Read More: President Trump Is on the Defensive After a Chaotic Weekend

But looking around the crowd gathered in downtown Manhattan on Sunday, Graine felt encouraged. “It makes me feel like we have people to back us up,” she says, adding that she plans to show up to every single anti-Trump protest she possibly can, whether it’s about Muslim immigration or not. “He can ban whoever he wants, we’ll be standing here.”

Linda Sarsour, a co-chair of the Women’s March and executive director of the Arab American Association of New York, addressed the crowd in Battery Park on Sunday, urging the progressive coalition that had formed around the Women’s March to continue opposing Trump. “Sisters and brothers, you are what democracy looks like. You are what the resistance looks like,” she said. “What we’re talking about is not in the abstract, these are human beings that are being impacted by this racist, white supremacist, white nationalism Administration.”

Tasnim Islam, a 27-year-old U.S. citizen of Bangladeshi descent who studies at Columbia, said Trump’s election made her feel “betrayed,” but that the outpouring of protest and support for Muslim immigration “rejuvenated my faith in my country.”

“To see so many people of so many ethnicities coming out and showing support,” she says, “makes me so proud.”

Other Muslims at the protest on Sunday also vowed that they would continue to oppose Trump, no matter what. “Even if it’s not my turn personally, it’s going to be my turn later on,” says Marwah Garib, a 24-year-old Columbia student and U.S. citizen from Egypt.

Garib said she was pleasantly surprised to see so many non-Muslim New Yorkers take to the streets to defend her religion. 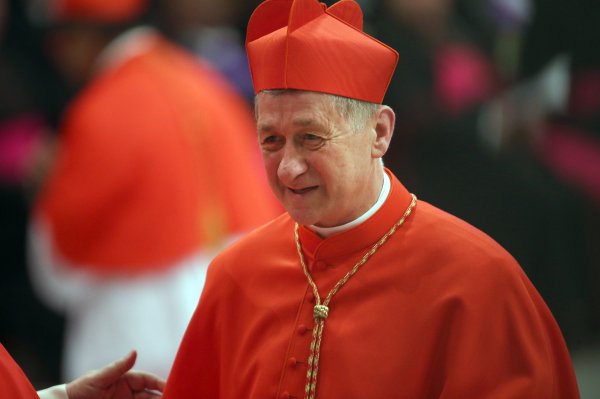