Evan Rachel Wood Rocks a Suit at the SAG Awards

Evan Rachel Wood seems to have chosen this award show cycle to prove that she doesn’t just play a badass feminist heroine on TV, she’s also actually one in real life. The actress has given herself a personal challenge to wear a suit throughout the statuette season, and two ceremonies in it seems she’s still going strong.

The Westworld actress arrived on the Screen Actors Guild Awards red carpet wearing a blue velvet double breasted suit jacket and matching pants with her hair swept back and a deep crimson shade of lipstick. She told E! News‘ Guiliana Rancic, “I’ve always wanted to do it, I promised myself this year that I would wear a suit to every awards show.” She explained her reasoning behind the choice saying, “I dunno, a lot of it is personal. I think I myself felt pressure a lot of times that I had to look or dress a certain way, and especially growing up with the industry. So I thought, you know, I’m just gonna go the other way and reach out to a little girl who is like me, possibly. So that’s what I’m going for this year,” she concluded, “It’s all about choice. Choice. Options.”

And as we mentioned, this isn’t the first time the actress has made a serious statement by showing that a tux on the red carpet isn’t just for the gentlemen in attendance.

At the Golden Globes earlier this month, the actress told E!, “This is my third nomination, I’ve been to the Globes six times and I’ve worn a dress every time and I love dresses. I’m not trying to protest dresses but I wanted to make sure that young girls and women knew that they aren’t a requirement and that you don’t have to wear one if you don’t want to — to just be yourself because your worth is more than that.” She continued, “So I said this year I’m going as homage to Marlene Dietrich and David Bowie. Because it’s his birthday [today].” So here’s to girls doing whatever and dressing however they want in 2017. 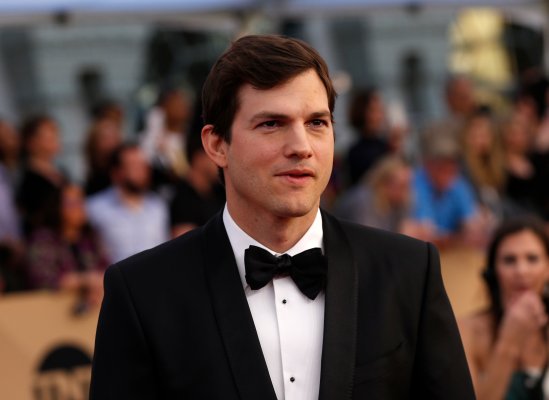