President Trump Is on the Defensive After a Chaotic Weekend

President Trump’s White House is on the defensive over a controversial executive order that suspended the U.S. refugee program and banned travel for people from seven countries Sunday.

Speaking to reporters 48 hours after issuance of the order, which sparked protests across the U.S., protestations from overseas and criticism on Capitol Hill, senior Administration officials maintained that the implementation of the order was a “massive success story.”

But the reality Sunday appeared to be anything but, as a growing list of Republicans joined Democrats in calling for immediate changes to the order, which bans visas for nations from Muslim-majority countries Iran, Iraq, Syria, Sudan, Libya, Yemen and Somalia. Airlines and ports of entry complained of contradictory or unclear guidance from federal officials, which were left scrambling over the weekend to determine how to implement Trump’s order.

Less than 24 hours after the Administration maintained that legal permanent residents were covered by the executive order, the White House worked to walk that back Sunday. “As far as green-card holders moving forward, it doesn’t affect them,” White House chief of staff Reince Priebus said Sunday morning in an appearance on NBC’s Meet the Press.

But a senior Administration official confirmed Sunday that the reality was more complicated, and that green-card holders are covered, but that absent any “derogatory” information, they would be granted a national interest exemption.

“The actual operation of the waiver is such that in the absence of derogatory information, the waiver is approved, ergo they are exempt from the executive order,” the official maintained. The official declared that “the proof is in the numbers,” for green-card holders, saying that as of earlier Sunday 170 people had applied and 170 people had received a waiver. But the Administration did not define what would be considered derogatory, nor specify the waiver process, which was proceeding on an ad hoc basis over the weekend and had yet to be formalized by the departments of Homeland Security and State.

In a statement Sunday afternoon, Trump, who had called for a ban on Muslim immigration to the U.S. during the presidential campaign, criticized the media for its reporting on his executive order.

“To be clear, this is not a Muslim ban, as the media is falsely reporting,” Trump said. “This is not about religion — this is about terror and keeping our country safe.”

By Sunday afternoon more than a dozen Republicans on Capitol Hill were critical of Trump’s plan. “This vetting proposal itself needed more vetting,” Senator Lamar Alexander said Sunday in a statement. “While not explicitly a religious test, it comes close to one, which is inconsistent with our American character.”

The officials defended the hours-long delays faced by travelers to the U.S. from those countries, which included detentions in handcuffs in at least one occurrence, as worthwhile given the reduced threat from those countries. The countries were selected because they have been identified by Congress and the Obama Administration as countries of concern for travel. The official said that in the first 24 hours under the order, 109 of approximately 325,000 travelers from overseas were subjected to enhanced screening and interviews under the order.

While Republican and Democratic lawmakers expressed frustration over the weekend that they were not briefed on the substance of the order in advance, the official maintained that GOP congressional staffers involved in the presidential transition assisted in drafting the order.

The officials also cast the protests at airports and cities nationwide, including a several-thousand-strong gathering outside the White House on Sunday, as “immensely disproportionate” with the disruption caused by the order.

Under the order, travel for citizens of the seven high-risk countries is banned without a waiver for 90 days and the U.S. refugee program is to be halted for 120 days, until Trump’s Administration can institute what the President has called “extreme vetting.” Priebus suggested Sunday morning that more countries could be added to the visa-ban list.

“Perhaps other countries needed to be added to an executive order going forward,” he said. 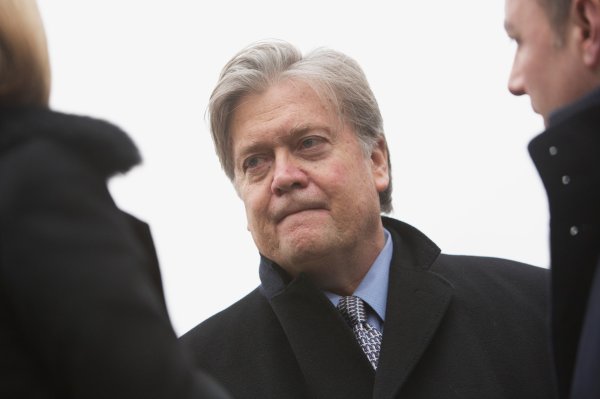