President Donald Trump signs an executive order imposing a four-month travel ban on refugees entering the United States and a 90-day hold on travelers from Syria, Iran and five other Muslim-majority countries at the Pentagon in Washington, on Jan. 27, 2017.
Carlos Barria—Reuters
Ideas
By Benjamin Wittes / Lawfare
Wittes is editor in chief of Lawfare and a Senior Fellow in Governance Studies at the Brookings Institution. He is the author of several books and is co-chair of the Hoover Institution's Working Group on National Security, Technology, and Law

The malevolence of President Trump’s Executive Order on visas and refugees is mitigated chiefly—and perhaps only—by the astonishing incompetence of its drafting and construction.

NBC is reporting that the document was not reviewed by DHS, the Justice Department, the State Department, or the Department of Defense, and that National Security Council lawyers were prevented from evaluating it. Moreover, the New York Times writes that Customs and Border Protection and U.S. Citizen and Immigration Services, the agencies tasked with carrying out the policy, were only given a briefing call while Trump was actually signing the order itself. Yesterday, the Department of Justice gave a “no comment” when asked whether the Office of Legal Counsel had reviewed Trump’s executive orders—including the order at hand. (OLC normally reviews every executive order.)

This order reads to me, frankly, as though it was not reviewed by competent counsel at all.

As I shall explain, in the short term, the incompetence is actually good news for people who believe in visa and refugee policies based on criteria other than—let’s not be coy about this—bigotry and religious discrimination. The President has created a target-rich environment for litigation that will make his policies, I suspect, less effective than they would have been had he subjected his order to vetting one percent as extreme as the vetting to which he proposes to subject refugees from Bashar al-Assad and the bombing raids of Vladimir Putin.

Indeed, even as I write these words, the ACLU has already succeeded in petitioning a federal court for a class-wide stay of deportations of immigrants and refugees trapped in airports by Trump’s order. And a federal judge in Virginia has issued a temporary restraining order preventing the removal of green card holders detained in Dulles International Airport and requiring that these legal residents of the United States have access to counsel.

In the broader sense, however, it is most emphatically not good news to have a White House that just makes decisions with no serious thought or interagency input into what those decisions might mean. In fact, it’s really dangerous.

Let’s start with the malevolence of the document, which Amira Mikhail summarized and Adham Sahloul analyzed earlier today. I don’t use the word “malevolence” here lightly. As readers of my work know, I believe in strong counterterrorism powers. I defend non-criminal detention. I’ve got no problem with drone strikes. I’m positively enthusiastic about American surveillance policies. I was much less offended than others were by the CIA’s interrogations in the years after September 11. I have defended military commissions.

Some of these policies were effective; some were not. Some worked out better than others. And I don’t mean to relitigate any of those questions here. My sole point is that all of these policies were conceptualized and designed and implemented by people who were earnestly trying to protect the country from very real threats. And the policies were, to a one, proximately related to important goals in the effort. While some of these policies proved tragically misguided and caused great harm to innocent people, none of them was designed or intended to be cruel to vulnerable, concededly innocent people. Even the CIA’s interrogation program, after all, was deployed against people the agency believed (mostly correctly) to be senior terrorists of the most dangerous sort and to garner information from them that would prevent attacks.

I actually cannot say that about Trump’s new executive order—and neither can anyone else.

This is excerpted from a piece that originally ran on Lawfareblog. To read the rest of the piece, click here. 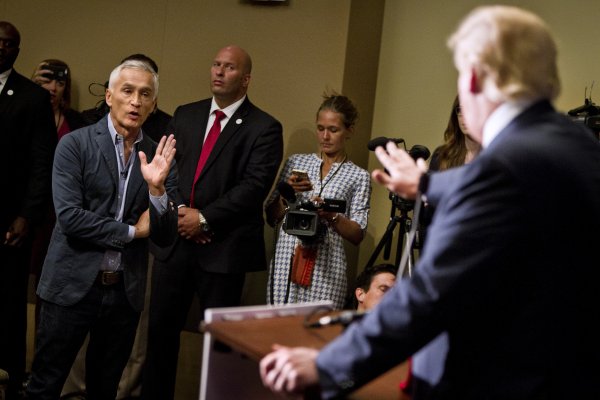 Donald Trump's Wall Is Totally Useless
Next Up: Editor's Pick