The History of Walls Is Long. Here's Where Donald Trump Fits In

Activists from Greenpeace display a message reading "Mr. President, walls divide. Build Bridges!" along the Berlin wall in Berlin on Jan. 20, 2017 to coincide with the inauguration of U.S. President Donald Trump.
John MacDougall—AFP/Getty Images
By Olivia B. Waxman

In the days after President Donald Trump signed an executive order authorizing “immediate” construction of a wall along the U.S.-Mexico border, followed by another executive order temporarily prohibiting refugees and citizens of seven predominantly Muslim countries from entering the U.S. (and blocking Syrian refugees indefinitely), four words were heard in many places across the United States this weekend: “No Ban! No Wall!”

As thousands of protesters camped out at JFK International Airport in NYC and other international airports nationwide to protest Trump’s actions, the sentiment became a popular one for signs and chants.

But Trump’s wall is not just controversial. A look at which groups have put up walls throughout history—and why—can help us understand just how unique the proposed wall would be.

“The distinctive thing is this is a wall against immigration—and to some degree also contraband drugs and gun-running—whereas historically, the other famous or infamous walls have almost always been about blocking invading armies,” says Wendy Brown, author of Walled States, Waning Sovereignty and professor of political science at the University of California, Berkeley.

What Walls Can Do

Human beings have been putting up walls since practically the dawn of time, though historians say it’s hard to pinpoint the exact birthday of the concept as we recognize it today. In fact, by linking arms and sitting down in airport concourses, protestors this weekend arguably recreated what scholars consider to be the first walls ever, as there is evidence that prehistoric humans would act as walls themselves by standing or sitting side by side, keeping dangerous animals out and children in. Civilizations often emerged surrounded by natural walls like mountain ranges, and eventually people began to build their own.

Those walls have always been, at the most basic level, a form of communication. For example, they can signal that a community is insulated and tell the “other” to stay away.

European cities used walls for that function after Roman control ended in the Middle Ages, when villages were left to defend themselves. That phase in turn came to an end, according to Peter Andreas, a political scientist at the Watson Institute for International and Public Affairs, around the time of the invention of the cannon—a weapon powerful enough to break walls. Residents had to look to new methods of self-defense. But walls weren’t done being useful: After large territories signed a 17th-century treaty agreeing to respect one another’s sovereignty over certain areas, walls began to move from the edges of cities to the edges of nations, defining and protecting the borders of newly powerful countries.

All along, Berkeley’s Wendy Brown says, history’s most famous walls served specific defensive purposes while also projecting an image of power for the people who built them. (That function can be fulfilled by walls that are not literally walls, like France’s 1930s Maginot Line or Nazi Germany’s Atlantic Wall, both of which were series of fortifications rather than unitary walls.) But though it only takes one side to build a wall, experts say they generally work best when both sides want them there.

That’s one reason why the history of the Berlin Wall is a good way to illustrate the power and meaning of walls.

The East Germans who built it in August of 1961—just two months after party leader Walter Ulbricht claimed at a press conference that “nobody” intended to build a wall like that—wanted to keep citizens from leaving, and the West German officials on the other side were, initially, fine with that. Though the U.S. protested the wall publicly, evidence shows that behind the scenes, Western powers were less concerned about the wall than they may have appeared to be. So, at first, the wall’s dividing power was enforced.

The people, however, felt differently. The wall was not popular, as TIME explored in an Aug. 31, 1962, cover story on the desolate life it defined:

Part of the reason for that “schizophrenic” aspect of the wall was that “Berlin was developed before it was divided,” as put by Marc Silberman, who co-edited the anthology Walls, Borders, Boundaries: Spatial and Cultural Practices in Europe, and who lived in Berlin as a graduate student from the late ’60s and early ’70s. “You had subways going underneath the walls, an overground city train that was owned by East Germany but traveled through West Berlin,” he recalls. “West Berlin also paid East Germany to take its trash and ship it across the border.”

And, because the Wall could not truly separate the people who had once lived in the same city, it was not completely able to fulfill its function of keeping people from leaving. For example, Silberman says, students who benefited from East Germany’s free education system would subsequently go to West Berlin to look for work.

From the day it was built to the day it came down in 1989, the meaning of the Berlin Wall was complicated: it sent a message of control and it defined a border, but it was much about the desire of people to come together as it was about those in power wanting to keep them apart.

TIME's Nov. 20, 1989, cover about the fall of the Berlin Wall
Chris Niedenthal

But Berlin was not unique. The great walls of history have almost always been penetrable. No matter what, people get to the other side. Disease, pollution, weather patterns and natural disasters cross too—not to mention drones and other means of surveillance.

In 1453, The Ottoman Turks easily toppled the shaky walls of Constantinople to turn the city into Istanbul, the capital of their empire. Under the Roman Empire, Hadrian’s Wall, near the modern England-Scotland border, was actually traversed dozens of times by bands of “Barbarians” whom the Romans were trying to keep out. Archaeologists discovered that the scale of the Wall of Jericho was way more impressive than the way it’s described in the Bible, and yet it, like the Berlin Wall, eventually came down.

But a wall doesn’t have to be impenetrable to have a major impact on the place where it stands.

For example, while the Great Wall of China was designed to keep out invaders from Mongolia and elsewhere, Silberman argues that it also served the purpose of unifying China. “It made very clear that there was an external threat and that the empire had to come together under powerful leadership,” he says. A wall like that could also feel like its own city at times, with soldiers garrisoned at the borders.

Some walls evolved into sites of social exchange. For thousands of years, a six-mile wall is said to have encircled the city of Uruk in Mesopotamia (now modern-day Warka, Iraq), erected per an order from the legendary King Gilgamesh. The pictographs stamped in the mud bricks of the city’s walls are considered to be some of the earliest examples of writing. The “Peace Walls” at the Northern Ireland border were supposed to keep Catholics and Protestants from attacking each other, but now dance festivals are held at the border. And a wall that went up in the West Bank during the Second Intifada of the early 2000s has provided a canvas for the secretive artist Banksy, who spray-painted it with satirical images imagining life on the other side. That controversial wall has also at times served as a rallying site for protesters. (Israel’s most famous wall, however, is not a barrier wall of the sort discussed here. Rather, the Western Wall or the “Wailing Wall” is a remnant of the foundation of the ancient second temple in Jerusalem.) And the idea of a wall has been a powerful tool for creating a gathering place, as seen at the Vietnam Veterans Memorial and Korean War Veterans Memorial in Washington, D.C.

Berlin would be a very different city today if the wall had not existed, too.

“The story of walls as only separators isn’t particularly historically accurate,” says Thomas Oles, author of Walls: Enclosure and Ethics in the Modern Landscape and a professor of landscape architecture at The Swedish University of Agricultural Sciences. He argues that the Berlin Wall is a key reason why Berlin’s art scene is currently thriving, as it became “a place where people could live in a way that diverged from the standards of the rest of Germany.” (Graffiti artists also used the wall itself as a canvas.)

Though it can take time to see the true effects of a wall, rarely is the outcome a mere separating of sides.

“Walls bring people together through the process of their construction or deconstruction,” he says. “They exclude. They include. They divide. And they bind.”

So what does all of this history mean for President Trump?

For one thing, the groups kept separate by a U.S.-Mexico border wall would be an unusual pair for finding themselves on opposite sides of such a structure: as Andreas points out, walls are historically built between nations that are enemies. “Today, Mexico is America’s third-largest trading partner,” he says. “The idea of erecting an almost 2,000-mile long wall between friendly, highly-integrated economies, is unprecedented, historically or today.”

That’s all the more reason for Silberman to argue that Trump appears to be using the idea not so much to keep anyone in or out, but rather to rally the U.S. behind an idea, similar to the way the Chinese rallied around the purpose of the Great Wall. And there is plenty of evidence that the wall would be largely symbolic: a Nov. 2015 Pew Research Center study reported that more Mexicans are leaving the U.S. than entering. And the undocumented immigrants who do arrive generally aren’t walking over the border, but rather coming to the U.S. via train or (as Pew estimates is the case for about half of unauthorized immigrants) overstaying their visas.

Another point of interest about Trump’s wall is that the use of the word itself is unusual in the post-Cold War world, says Andreas. Thanks in part to the Berlin Wall and the enduring image of the iron curtain, the word has become something of a “taboo” in Europe. (That hasn’t stopped leaders from putting up hastily constructed fences in moment of crisis, at places like the Serbia-Hungary border and Ceuta on the Spain-Morocco border.)

Eight years ago, when Barack Obama was a U.S. Senator running for president, he warned of metaphorical walls in a speech in Berlin that “the greatest danger of all is to allow new walls to divide us from one another,” harking back to President Ronald Reagan’s June 12, 1987, plea for Communist leaders to tear down the Berlin Wall. Today, the idea of a wall is much more literal, leaving Berlin Mayor Michael Müller pleading “Mr. President, don’t build this wall!” and invoking Berlin’s past as a reminder that walls can cause suffering.

History indicates that, unless citizens of Mexico and the U.S. both want to be kept separate from one another, a wall is unlikely to truly keep the two sides divided. But whatever happens with Trump’s wall, one thing is certain: walls are not going anywhere.

The walls of medieval European city-states went up for the same reason that home owners put up white picket fences, and it’s an impulse that’s only human.

“We’re territorial creatures, we seek to secure boundaries,” argues Janet Ward, who co-edited the anthology Walls, Borders, Boundaries: Spatial and Cultural Practices in Europe and is a professor of History at the University of Oklahoma. “We’re not going to move away from that human drive.” 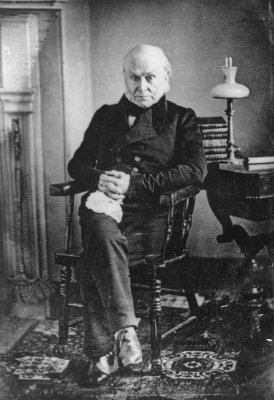 What Makes a Great Ex-President
Next Up: Editor's Pick