What makes Berkshire Hathaway’s Warren Buffet, who holds mega brands like Geico Auto Insurance and Kraft Heinz in his portfolio, such a great investor? He was “wired” for it, he says.

“I’ve got the right temperament,” Buffet told journalist Charlie Rose on stage during a Jan. 27 event at Columbia University, from which he graduated in 1951.

He was joined by fellow iconic business titan Microsoft co-founder Bill Gates for a wide-ranging question and answer session. Below are five key takeaways from the conversation.

On why they’re optimistic about America’s future

When asked what they’re most hopeful and worried about under the new Trump administration, both Gates and Buffett cited factors like America’s rich history of progress and innovation.

“This country moves forward, and you can’t stop it,” Buffett said. “I say the luckiest person in the history of the world is a baby being born in this country today.”

Gates, meanwhile, said it’s America’s entrepreneurial spirit and support for research that will help to continue driving innovation forward. “Whether it’s health or energy breakthroughs, every year that goes by we’re going to have more of those things,” he said.

Buffett shared three crucial factors he analyzes when deciding whether to invest in or acquire a company.

“I’m looking for something that has a moat around it for a considerable period of time and for an honest and able management to run it,” he said. “And I’m looking for a purchase price that’s not excessive.” He added that it’s better to pay a little too much for a good business than to get a bargain on a company that doesn’t have much of a future.

“The first question I ask myself when I look at a business, is it important and easy,” he said. “And a lot of [companies] don’t make it. I’m looking for the one-foot bars to step over versus the eight-foot bars to jump over.”

On career advice and taking risks

Gates enrolled in Harvard in the fall of 1973, but dropped out just two years later to found Microsoft. But that didn’t feel like much of a gamble, he says. “As the chip came along and made [the computer] mainstream, it became very obvious that something dramatic was going to happen,” said Gates. “So my passion, my hobby, that coincided in a nice way. I never felt it was risky.”

Buffett’s advice? Find the job you would want if you didn’t have to work. “Don’t sleepwalk through life,” he said. “You really want to be doing what you love. And you can’t necessarily find it on your first job, but don’t give up until you find it.”

On the impact of automation in the workplace

Between the decline in manufacturing jobs and an increased focus on self-driving cars among auto and tech firms, automation and its effect on workers has become a contentious topic of debate.

Buffett believes technology that makes us more productive will only benefit society, but he says job displacement is an issue that must be acknowledged. “If one person could push a button and turn out everything we turned out now, is that good for the world or bad for the world?” he said. “But people who fall by the wayside through no fault of their own should still get the chance to participate in that prosperity, and that’s where the government comes in.”

On the importance of personal relationships

When asked about how to distinguish the relationships one should foster from the ones to abandon throughout life, Buffett reiterated how critical it is to grow close with people you admire. “You will move in the direction of the people you associate with,” he said. “You really want to associate with the people that are better than yourself.”

Gates largely agreed, saying it’s important to invest in friends that bring out the best in you. “Some friends challenge you about things you’re doing, and that level of intimacy is great,” he said. “I was so obsessed with work I didn’t invest [in friendships] in my 20s and 30s as much as I should have.” 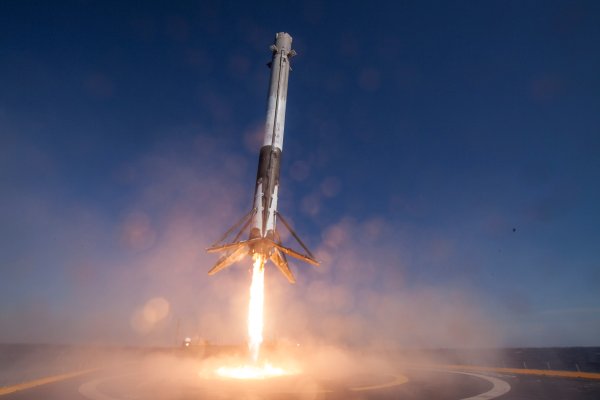 How Cheap Internet Access Could Be SpaceX's Secret Weapon
Next Up: Editor's Pick