President Trump walks towards the Oval Office through the West Wing Colonnade of the White House, on Jan. 27, 2017.
Bloomberg—Getty Images
Ideas
By Qasim Rashid
Rashid is an attorney, national spokesperson for the Ahmadiyya Muslim Community USA and author of Talk to Me.

I’m an immigrant, an American Muslim and I have family overseas. A Muslim ban would materially impact me — but I can’t help but thank President Trump.

I thank him, but not because I think the ban is a necessary — it’s not. Our immigration and refugee process is already one of the most thorough on Earth. Since 9/11, refugees have committed a statistically insignificant number of crimes — especially compared to the far greater threat of white supremacy terrorism. Moreover, no person from the seven nations listed on the proposed ban has ever committed an act of terrorism on American soil. Meanwhile, people from several other nations not listed on the ban have committed terrorism on American soil. Incidentally, the non-banned countries also hold Trump businesses and properties. This is probably just a bigly coincidence.

I thank him, but not because I think the ban will make America safe again—it won’t. This ban feeds into Daesh ideology that America is somehow Islam’s enemy, and vice versa. It provides them fodder to promote the lie that some war exists between us. Such an alleged war doesn’t exist, and never will — a fact both Presidents Bush and Obama have repeatedly affirmed despite their opposing political ideologies. In providing more propaganda material to Daesh, such a ban only serves to harm our safety.

I thank him, but not because I think the ban is just—it’s not. As journalist Juan Cole points out,

“If the argument is that these seven countries are violent, then what about South Sudan, Ukraine, Colombia, Venezuela, the Democratic Republic of the Congo, the Central African Republic? These countries are among the lowest ranked in the Global Peace Index. Want to know what the difference is? Religion. The seven Trump-designated countries are all Muslim-majority.”

America does not apply religious tests on anyone, yet this is precisely what the proposed Muslim ban enacts.

But despite all this, I must give credit where due and thank President Trump because inadvertently, he has chosen to lead the way and become what Muslims call a “Daee ilallah,” or a “Caller unto Allah.” Ever since word of his proposed Muslim ban spread, I’ve received thousands—yes thousands—of emails, messages, and tweets from Americans asking how they can support Americans who are Muslim. It’s no accident that we’re approaching 10,000 Americans who have signed up as a #MuslimAlly as part of the True Islam education campaign I helped launch last year. See, we launched this campaign with the goal of combatting extremism and Islamophobia with the true Jihad of the pen, i.e. education, dialogue, and compassion. We compliment this education campaign with a follow up effort called “Coffee, Cake, & True Islam,” where we schedule hundreds of meetups nationwide between Muslims and Muslim allies. These meetups break the walls of ignorance and replace them with bridges of understanding.

I thank Donald Trump because every time he or one of his surrogates makes an anti-Islam statement, we receive a surge of requests from our fellow Americans to visit a mosque, read the Qur’an, and learn about Islam. Every time Mr. Trump tweets something that demonizes Muslims to his 20 million plus followers, we reap the benefits of free advertising and publicity.

Do we get hate mail and death threats — yes. But far more than the hate—an overwhelming level more — we get love from our fellow Americans of all faiths and backgrounds. And yes, many of the emails we get are from people who voted for Mr. Trump — they’re just as horrified by the rhetoric as those who voted for Secretary Clinton. The proposed ban on Muslims is not a political game. The overwhelming majority of Americans despise such hate because they realize what I’ve spelled out above. A Muslim ban is not necessary, it does not make us safer, and it is not just. But if Mr. Trump wants to continue working as the leading Caller unto Allah in all of America, then I thank him.

At this rate, the nearly ten thousand Americans who have signed up as a #MuslimAlly will soon be ten million.

Qasim Rashid is a civil rights attorney, author, and national spokesperson for the Ahmadiyya Muslim Community USA. Follow him on Twitter @MuslimIQ 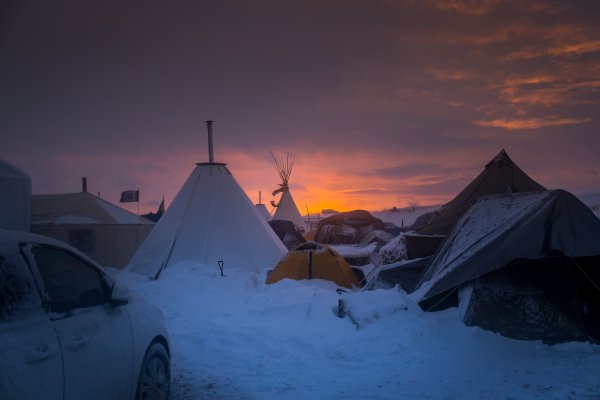