President Trump told the Christian Broadcasting Network on Friday that he will help persecuted Christians under his new refugee policy, although he did not say whether he would do so for other religious groups.

In an interview with David Brody, a popular evangelical newscaster on Christian television, Trump was asked if he will make persecuted Christians a priority. He said he would.

“They’ve been horribly treated,” Trump said. “Do you know if you were a Christian in Syria it was impossible—at least very, very tough to get into the United States? If you were a Muslim, you could come in, but if you were a Christian, it was almost impossible. And the reason that was so unfair is that—everybody was persecuted in all fairness, but they were chopping off the heads of everybody, but more so the Christians. And I thought it was very, very unfair, so we are going to help them.”

Overall, more Christian refugees than Muslim refugees have been admitted to the U.S. since fiscal year 2002, according to Pew. But in 2016—in the midst of the Syrian refugee crisis—Muslims made up a slightly larger percentage of refugees entering the United States. A 2010 estimate by Pew determined that Syria’s religious composition was 93% Muslim and 5% Christian.

Trump is expected to sign executive actions that will limit the flow of refugees into the country and institute a policy of “extreme vetting.”

In the portion of Brody’s interview released Friday, Trump was not asked about how he will prioritize Muslim refugees under his new plan. The entire interview will air Sunday at 11 p.m. on Freeform. 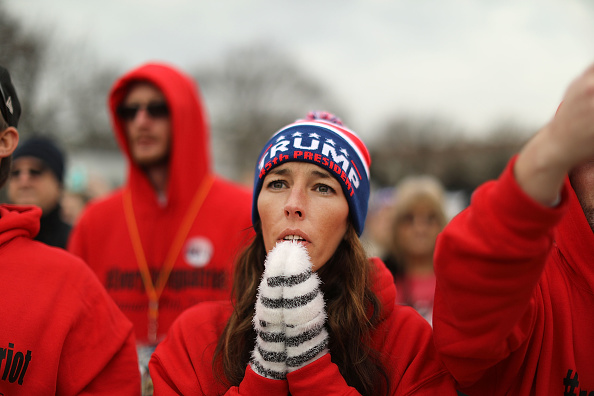