Here Are the Winners of the 2017 TIME India Awards

One of India’s biggest automotive companies shared the stage with an innovative startup helping fight air pollution on Jan. 27, as the winners of the 2017 TIME India Awards were announced at a high-profile business summit in India’s Andhra Pradesh state.

Mahindra & Mahindra, a homegrown automotive multinational that produces everything from two-wheelers to tractors, was named Innovator for the Year, while Bharat Forge, which manufactures complex metal components for a range of industries, won the prize for Global Manufacturer for the Year.

The winners were announced at the Confederation of Indian Industry’s Partnership Summit in Andhra Pradesh.

Building on the success of the inaugural awards in 2016, this year’s contest also recognized a slate of smaller companies and startups, with Phoenix Medical Systems, which produces infant and maternal care products, taking home the prize for MSME Innovator for the Year. KHS Machinery, which makes filling and packing equipment for India’s fast growing beverages sector, was named MSME Manufacturer for the Year. In the startups sector, Greenway Grameen Infra, which makes innovative smart stoves that produce significantly less smoke than traditional alternatives, won the prize for Startup Sustainability Pioneer of the Year, while Barrix Agro Sciences, which helps India’s farmers uses non-chemical means to fight pests, was named Startup Innovator for the Year.

The 2017 awards also recognized foundry operator PTC Industries, which earned a special mention from the TIME India jury in the MSME category. Versa Drives, an engineering startup focused on producing motors and variable frequency drives, won a special mention in the startups category.

“Time Inc. is pleased to recognize the eight world-class manufacturing companies that have won the 2017 TIME India Awards for their innovation and excellent financial results,” said Pearlstine. “Building on last year’s success, the awards significantly expanded to include businesses of various sizes and they also became much more competitive, as we received five times as many entries this year.”

Ashok Kumar, Senior Expert, McKinsey & Company, said: “Manufacturing has the potential to power India’s growth and transform lives. We see a quiet transformation taking place. Companies across the entrepreneurial spectrum — from startups to large enterprises, are innovating hard to serve customers better. We are delighted to partner with TIME to recognize the heroes who are leading this search for excellence.”

The winners were selected from among 18 finalists, who were determined from a pool of approximately 15,000 manufacturing companies after extensive evaluation of qualitative and quantitative parameters. The finalists were announced at the World Economic Forum in Davos, Switzerland on Jan. 17. 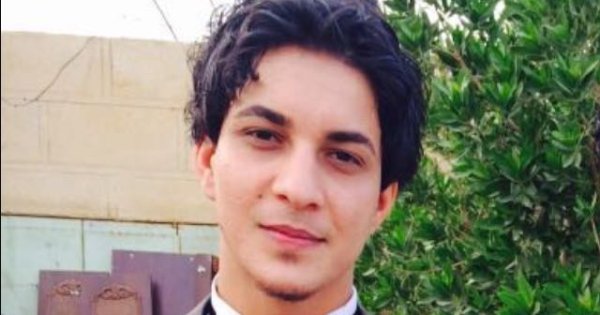 'It's Tearing Families Apart.' 6 Stories of Lives on Hold Due to Trump's Visa Ban
Next Up: Editor's Pick