The Story Behind a Viral Message About the Holocaust and Refugees

The idea had been brewing for a while, but it only took a few hours to turn it into a reality.

That’s how Russel Neiss, 33, explains the genesis of the Twitter account St. Louis Manifest, which on Friday tweeted the names of passengers on the St. Louis, a ship full of refugees from the Holocaust that was infamously turned away from the United States and Cuba in 1939.

As TIME reported back then, the liner bore 937 German-Jewish refugees who believed they would be able to disembark in Cuba and from there come to the United States; arriving in the waters off Florida, they found that almost all of the passengers would be barred from landing in Cuba, and that the nearby U.S. would not take them in either. The St. Louis returned to Europe, and eventually about a quarter of the passengers were killed during the Holocaust. Those 254 names are the ones being tweeted.

“There’s a ritual around not only Holocaust remembrance, but other remembrances too, where one of the things you do is you read the names of the victims,” Neiss explains to TIME. “What does it look like to recreate this ritual for a digital age?”

Though he had been thinking about that question for a while—Neiss builds apps and interactive technology for Jewish education—it had never felt appropriate. But, with the approach of International Holocaust Remembrance Day, which is being observed on Friday, he realized that it might look like this: a bot that, using data available from the United States Holocaust Memorial Museum, which had already done the extensive work of cataloging the identities of the people who were on the St. Louis, “read” the names of the victims.

At a rate of one every five minutes, the project will last for a total of about 21 hours.

Neiss says that, as someone who had two grandparents who were Holocaust survivors and refugees, he can’t remember when he first heard about the St. Louis, but that its plight has always been a story that stuck with him.

“As an American, not just as a grandchild of refugees or a Jew, it’s one of those stories that kicks you in the shin,” he says. “You think we were the good guys, but here you have hundreds of people and we sent them back to perish.”

The project was launched with few expectations; Neiss knew there were other name-reading Twitter bots (like the Every Three Minutes account, which uses the fact that a person was sold in slavery every three minutes in the antebellum U.S.) but he wasn’t sure whether there’d be much reaction to it. Though Neiss told TIME he hadn’t had much of a chance to sit down and look at the feedback so far—and a follower count in the 11,000 range as of 3 p.m. Eastern—he thinks that the “current political climate” and the conversation about refugees has perhaps made the resonance of the project clearer to some people. It is perhaps the same reason that another Twitter message related to the period went viral in late 2015.

He just hopes that those people react by expressing their feelings about the refugee issue in productive ways, for example by communicating those feelings to their elected representatives.

“It makes you think. People say ‘never again’ and people say ‘remember,’ but what does that mean and do we really?” he asks. ““I’m hopeful that if this story speaks to people, that they actually act on it. That they don’t just retweet.” 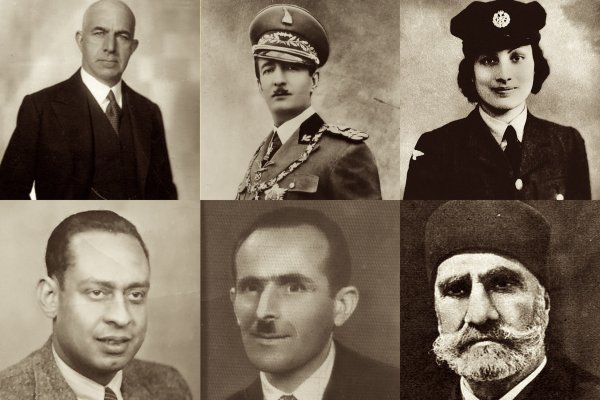 The Forgotten Stories of Muslims Who Saved Jewish People During the Holocaust
Next Up: Editor's Pick