Vice President Mike Pence renewed the Trump administration’s commitment to anti-abortion policies Friday, when he told the annual March for Life that President Donald Trump would appoint an anti-abortion Supreme Court Justice to replace the late Antonin Scalia next week.

“Next week, President Donald Trump will announce a Supreme Court nominee who will uphold the god-given liberties enshrined in our constitution in the tradition of the late, great justice Antonin Scalia,” Vice President Pence told the crowd. “Life is winning in America.”

Pence touted recent anti-abortion measures as evidence of President Trump’s commitment to the issue. In the last week, Trump signed an executive order reinstating the Mexico City Policy (a rule that prevents any foreign non-governmental organization that discusses abortions from receiving U.S. foreign aide, otherwise known as the “global gag rule”) and seems poised to sign a bill prohibiting taxpayer-funded abortions (which are already prohibited by the Hyde amendment, an annual budget rider that prevents Medicaid funds from going to abortion procedures.)

“From his first day in office he’s been keeping his promises to the American people,” Pence said. “We’re in the promise-keeping business.”

No sitting President or Vice President has ever addressed the annual March for Life, which has convened in Washington D.C. every year in the 44 years since Roe v. Wade was passed. “President Trump actually asked me to be here with you today,” Vice President Pence said to the crowd, which erupted into a cheer. “He asked me to thank you for your support and for your stand for life and for the compassion for the women and children of America.” 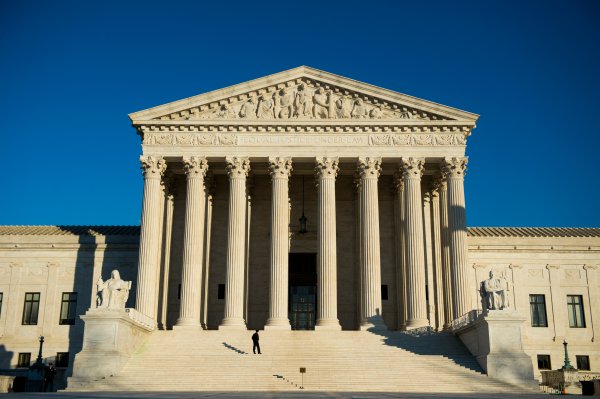