How to Be an Effective Ally for Muslim Women

President Trump is expected to sign executive actions to temporarily ban most refugees and suspend visas for citizens of Syria and six other Middle Eastern and African countries, according to news reports.

Though the measures would not go as far as a proposed ban on Muslim immigration he proposed during the campaign, many Muslims feel like it’s a step too far.

“These actions taken by Donald Trump are tantamount to a Muslim ban,” Abed A. Ayoub, the legal and policy director for the American-Arab Anti-Discrimination Committee, told the Washington Post. “Regardless of how they try to frame it… this is the Muslim ban that was promised by him on the campaign trail.”

Muslim activists feel like that makes it an important time to fight stereotypes about Islam, and they hope to enlist non-Muslims to do so. In a new YouTube video, MuslimGirl founder and editor Amani al-Khatahtbeh explained how to do that.

Al-Khatahtbeh starts the clip by sharing that the number one question that she’s received since Trump was elected has been “What can allies do to help?” There are three tangible ways to be a good ally, she says: advocate for Muslim women when they can’t advocate for themselves; give them the space and the platforms to share their own stories; and support Muslim-owned startups and small businesses.

What about wearing a headscarf or a safety pin to express solidarity? Not so much, she argues. She says those measures are passive, and won’t actually make a difference in educating peers about Muslim issues or providing Muslim women with the resources to thrive on their own.

“If you have the opportunity to give space to a Muslim woman and let her exercise her own voice and talk about how something is impacting her or affecting her, instead of you being the one to speak on her behalf, then take that opportunity. Pass the mic. And when you can, amplify those voices every which way.” In other words, conversations about Muslim women should be led by Muslim women — a panel on the state of Muslim issues shouldn’t be led by non-Muslims, just like panels on women’s issues shouldn’t be led by men. But at the same time, allies have the responsibility to call out microaggressions perpetrated within their social circles. “If a white person says something racist, they’ll respond better if they’re called out by another white person than if they’re called out by a black person,” al-Khatahtbeh says.

Right now, Muslim startup founders are more active than ever, but their businesses need the support of non-Muslims to flourish. “If you want to spread awareness about a Muslim-related topic to your friends, then why not opt for sharing a Muslim platform instead of your typical corporate news website?” al-Khatahtbeh suggests. She herself has been dubbed a media “titan” by the New York Times. “If you can buy a product from a Muslim-owned small business, then why not? Opt for that… Muslim women don’t need saving, but we need your support.” 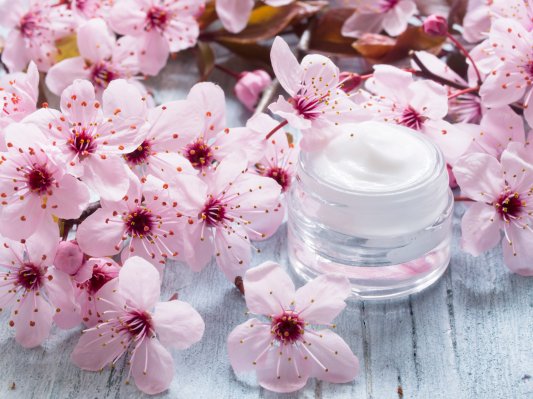 These Are the Eye Creams That Deliver Results
Next Up: Editor's Pick