La La Land star Emma Stone has recalled her unusual beginnings as an actor—and the unexpected way she was able to convince her parents to send her to Hollywood at age 14, despite the fact they lived in Arizona at the time.

Apparently, as Stone explains it in a new cover story with The Hollywood Reporter, she had an epiphany as a freshman in high school: she needed to get to L.A. and become an actress immediately. So like any properly resourceful entrepreneur, she took to PowerPoint to craft the perfect pitch deck for the radical project, certain to disrupt all of their lives. It was aptly titled “Project Hollywood,” and in it she detailed her plan to move to California (with her mom), be home-schooled, and audition for TV and movies.

“It’s nuts that they agreed to it,” she told the magazine of the surprising ease with which her parents acquiesced to “Project Hollywood.” “I don’t condone it. Everybody should go through high school and graduate.”

That said, with a Golden Globe win and Oscar nomination under her belt, the star proved that her youthful plan may have just realistically predicted a blockbuster future. 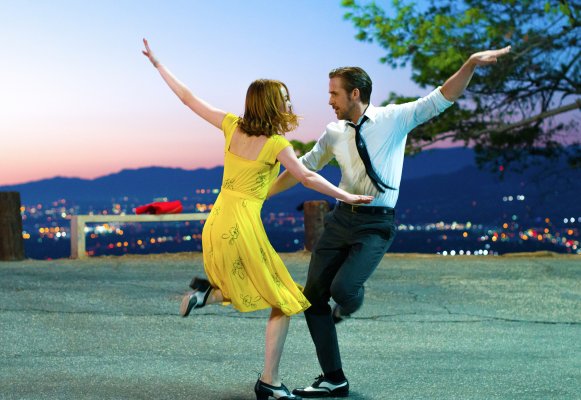