Here's What to Know About President Trump's 3 Supreme Court Finalists

As President Trump prepares to announce his Supreme Court nomination Tuesday night, three names have emerged as the top contenders.

Neil Gorsuch, Thomas Hardiman and William Pryor all were “under very serious consideration and [in] the final throes of the process,” said a source involved in the decision, although as the days wound down Pryor faded over concerns that he’d be the most controversial pick.

Trump considered this choice as he made many others throughout his campaign and nascent presidency: without a clear chain of command, listening to the advice of many people around him in a hub-and-spokes type organization.

“The reality is it’s a bit of a free for all, everybody has an opinion,” the source said.

As Trump nears announcing his pick, here’s what you need to know about each of the three leading contenders.

Overview: Gorsuch, 49, is currently a judge on the 10th Circuit Court of Appeals in Denver. He went to Columbia University and received his law degree from Harvard, also earning a Doctorate of Legal Philosophy from Oxford University. He clerked for current Justice Anthony Kennedy. Gorsuch is one of the few Ivy League-educated lawyers on Trump’s list of potential nominees, although he does fit with Trump’s preference of looking to the middle of the country for his picks. “I think that’s deliberate on [Trump’s] part,” says Boyden Gray, founding partner of Boyden Gray & Associates who worked in the Reagan and both Bush administrations. “The pattern looks pretty clear. … The Court has become sort of narrow in its background.” (Every current Supreme Court justice went to an Ivy League law school, and almost all of them served on federal appeals courts on the East or West Coast.)

Some legal scholars have said Gorsuch is the most natural replacement for late Justice Antonin Scalia, both stylistically and in his textualist interpretation of the Constitution. “The great compliment that Gorsuch’s legal writing is in a class with Scalia’s is deserved: Gorsuch’s opinions are exceptionally clear and routinely entertaining; he is an unusual pleasure to read, and it is always plain exactly what he thinks and why,” SCOTUS Blog writes.

Key Cases: Gorsuch has been known in recent years to uphold religious liberty in legal battles with the Obamacare. In both Hobby Lobby Stores v. Sebelius and Little Sisters of the Poor Home for the Aged v. Burwell, Gorsuch sided with the claimants seeking religious exemptions for paying for contraception as required under the Affordable Care Act. In Hobby Lobby, Gorsuch wrote that the government should not force people with “sincerely held religious beliefs” into “conduct their religion teaches them to be gravely wrong.” His positions in both of these cases were largely upheld when they reached the Supreme Court.

Confirmation history: Congressional Democrats have indicated that any of Trump’s nominees is in for a brutal fight, but putting up a fuss with Gorsuch may be harder. Gorsuch was easily confirmed by a voice vote in 2006 when President George W. Bush nominated him for the 10th Circuit.

Judge Thomas Hardiman, federal judge on the U.S. Court of Appeals for the Third Circuit, is seen in Washington on Nov. 17, 2016.
Cliff Owen—AP

Overview: Hardiman, 51, sits on the Third Circuit Court of Appeals in Pittsburgh. He went to the University of Notre Dame and received his law degree from Georgetown University. He was the first member of his family to attend college and drove a taxicab to help pay his way through law school. He worked in private practice in D.C. and then Pittsburgh until he took the bench in 2003. Potentially working in his favor, Hardiman also has a connection to the new Trump administration: the president’s sister, Judge Maryanne Trump Barry, sits on the same circuit court as he does. Politico reports that she is advocating for Hardiman behind the scenes.

Key Cases: Hardiman is known for protecting gun rights and taking an originalist approach to Second Amendment cases. In Drake v. Filko, which challenged a New Jersey law saying someone seeking a permit must show a “justifiable need” for a gun, Hardiman dissented against the ruling for the state. “Those who drafted and ratified the Second Amendment were undoubtedly aware that the right they were establishing carried a risk of misuse, and States have considerable latitude to regulate the exercise of the right in ways that will minimize that risk,” Hardiman wrote in his dissent. “But States may not seek to reduce the danger by curtailing the right itself.” Much of his dissent was based on the Supreme Court case District of Columbia v. Heller, which is a landmark case on gun rights and arguably Justice Scalia’s most famous majority opinion. Hardiman has also often sided with the state in death penalty cases, and he has never written in an abortion case.

Confirmation history: Like Gorsuch, Hardiman was appointed by Bush and easily confirmed. He was confirmed to the Third Circuit in 2006 by a unanimous vote.

Overview: Pryor, 54, serves on the 11th Circuit Court in Atlanta, Georgia. He went to Northeast Louisiana University for college and received his law degree from Tulane University. He became attorney general of Alabama in 1997, where he was best known for removing the state’s chief justice when he refused to follow a federal court order to remove a statue of the Ten Commandments from the state Supreme Court. Pryor is one of just two judges that Donald Trump mentioned by name during his campaign. “We could have … a Bill Pryor, we have some fantastic people,” Trump said at a debate in February 2016 just after Justice Scalia’s death.

Key Cases: Pryor has a long history of decisions in criminal and capital cases. SCOTUS Blog reports that Pryor has written 28 reported decisions on death penalty cases, and all were decided in favor of the state. Pryor usually sides with the state in both criminal and capital cases, but in at least five of the death penalty cases, he voted in favor of the defendant. On immigration, he’s voted multiple times for immigrants seeking asylum for fear of religious persecution, and he’s voted both for and against immigrants seeking asylum for fear of persecution based on sexual orientation. In Glenn v. Brumby, he joined the majority opinion that Georgia administrators violated the equal protection clause when they fired an employee for being transgender.

Confirmation prospects: If Pryor’s confirmation history is any clue, he could have the bitterest confirmation fight of anyone on Trump’s list. In 2003, Senate Democrats stalled Pryor’s nomination to the 11th Circuit over two particularly controversial incidents. While serving as Alabama’s attorney general, Pryor wrote a brief defending Texas’s anti-sodomy law that was struck down in the Supreme Court case Lawrence v. Texas. And he called Roe v. Wade the “worst abomination in the history of constitutional law.” (Bush later appointed Pryor during a congressional recess in 2004, and the Senate confirmed him 53-45.)

Sources say Pryor’s stock is fading somewhat in White House discussions, partly over concerns of a repeat of 2003. “There may be a little more angst about Pryor’s being a more outspoken controversial prospective nominee,” says a conservative legal leader. 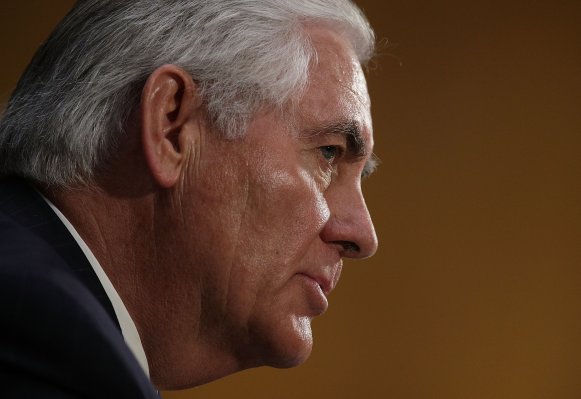