Mexican President Enrique Peña Nieto tweeted Thursday that he will not attend a planned meeting with President Donald Trump next week after the U.S. leader signed an executive order Wednesday beginning the process for constructing a border wall.

The now-canceled meeting on Jan. 31 was set to be Trump’s second face-to-face meeting with a foreign leader at the White House, with the agenda including the border wall and a renegotiation of NAFTA — two key campaign promises of the new president. Peña Nieto has been a vocal critic of Trump’s border wall, and has repeatedly stated that his country would refuse to pay for it.

The White House re-stated Trump’s position this week that Mexico would pay for the wall over their protestations. Trump has asked Congress to fund the initial construction of the wall as he struggles to find a way to force America’s southern neighbor to pay up.

Early Thursday, Peña Nieto released a video to Mexican citizens that was sharply critical of Trump.

Trump responded on Twitter Thursday morning, suggesting that it “would be better to cancel the upcoming meeting” if Peña Nieto remained opposed to paying for the wall. 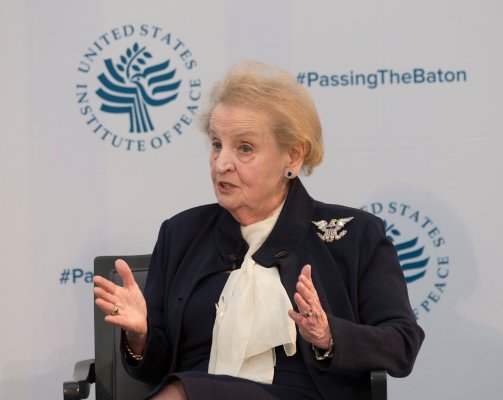 Madeleine Albright 'Ready to Register as Muslim'
Next Up: Editor's Pick