Actress and activist Mary Tyler Moore passed away yesterday at the age of 80. No cause of death was immediately available, but Moore spoke publicly for many years about her struggle with type 1 diabetes, with which she was diagnosed at age 33.

In a statement, Moore’s rep referred to her as “a groundbreaking actress, producer, and passionate advocate for the Juvenile Diabetes Research Foundation.” She had served as International Chairman for the foundation, now known as JDRF, since 1984.

“Mary Tyler Moore’s legacy is that of a woman who tirelessly committed herself to helping the millions with T1D,” said JDRF in a statement. “Over the past 30 years, Moore educated about and increased awareness of T1D around the world and raised millions of dollars for research that will one day lead to a cure. Among her efforts, Moore was actively involved in JDRF Children’s Congress, sitting alongside children diagnosed with T1D to share their stories with elected officials on Capitol Hill and demonstrate the importance of continued T1D research funding.”

According to the National Institutes of Health’s MedlinePlus magazine, Moore’s frequent lobbying visits to Congress over the years helped increase JDRF’s research budget to more than $1 billion.

Moore became active in diabetes advocacy after she was diagnosed with the lifelong disease herself. In 1997, she told the Archive of American Television that her diabetes was discovered when she was in the hospital after suffering a miscarriage.

“While normal blood sugar levels are to be somewhere between 70 and 110, mine was 750,” she said. “They were amazed I was still walking around. And to this day they don’t know which came first, the miscarriage or the diabetes—which caused the other’s onset.”

Moore later told MedlinePlus that she was “incredulous” when she first received her diagnosis. “I was, after all, a very healthy and active adult, and I didn’t ever expect something like that to happen to me,” she said in 2006.

It’s a common misconception that people with diabetes are always overweight or sedentary, says Deena Adimoolam, MD, assistant professor of medicine, endocrinology, diabetes, and bone disease, at the Icahn School of Medicine at Mount Sinai. While lifestyle factors often contribute to the development of type 2 diabetes, they have nothing to do with the onset of type 1.

Symptoms of diabetes can include extreme thirst, frequent urination, drowsiness, sudden vision changes, increased appetite, sudden weight loss, heavy breathing, sweet-smelling breath, and even unconsciousness. Both types affect the body in similar ways, aside from one major difference: “In type 2 diabetes, the body is producing insulin but cannot use it properly,” says Dr. Adimoolam, who was not Moore’s physician. “In type 1, the body is not making any insulin at all.”

Without insulin, diabetics can develop life-threatening complications, says Dr. Adimoolam. Once a child or adult is diagnosed with type 1 diabetes, they need to take insulin—via injections or an insulin pump—on a daily basis.

“We pay close attention to how much they should be giving themselves, depending on what foods they’re eating, when they’re exercising, and when they’re under stress, for example,” she says. “We teach them to use insulin to balance different factors in their life, so they can live as normal a life as possible.”

Moore told NIH MedlinePlus that paying close attention to her diet and exercise routine helped her get better control over her disease. She also credited research, funded by in part JDRF, for helping to develop laser eye surgery that saved her from diabetic retinopathy—a complication of diabetes that causes blindness.

Still, she admitted that living with diabetes is not always easy. “The millions who suffer from diabetes still confront he specter of devastating complications, despite our best efforts,” she told the magazine. “Insulin is not a cure—it is life support, enabling us to live our lives until a cure is found.”

In addition to retinopathy, diabetics can also develop nephropathy (a condition in which the kidneys don’t function properly) or neuropathy (nerve problems that can cause pain and affect the sense of touch).

Dr. Adimoolam says that it is possible for these conditions to develop even if diabetes is carefully managed. Diabetes also becomes trickier to manage as patients reach old age, she says, since they may be dealing with other medical conditions that can affect blood sugar levels or other aspects of insulin control.

But, she says, the earlier diabetes is diagnosed—and the more closely it’s monitored—the lower a person’s risks for complications throughout their life.

In 2009, Moore told People that she thought she’d have to “recline on a chaise the rest of my life” after her diabetes diagnosis. She proved herself wrong, however, adding that “there have been challenges, but I’ve triumphed.” And through the years, she showed that it’s possible for someone with diabetes to live a long and healthy life.

“Patients are living longer and doing much better, and we’re not seeing complications nearly as frequently as we were, let’s say, 50 years ago,” says Dr. Adimoolam. “We are lucky to have new technologies and advances in medicine that have improved the lives of people with type 1 diabetes significantly.” 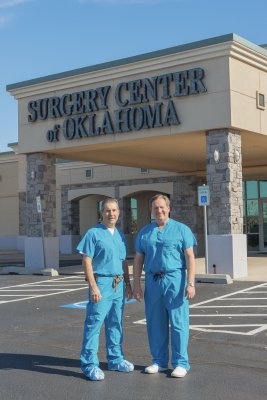 What Happens When Doctors Only Take Cash
Next Up: Editor's Pick