Here's How Groundhog Day Got Started

To the unfamiliar, Groundhog Day is perhaps one of America’s weirdest traditions. Every Feb. 2, people wait for a large, furry rodent to see his shadow and then we predict the weather based on the animal’s actions.

But the winter holiday has a long history rooted in everything from early Christian traditions in Europe to 19th century American newspapers. Here is everything you need to know about how Groundhog Day got its start.

The idea of Groundhog Day comes from an ancient Christian celebration known as Candlemas Day, which marked the midpoint between the winter solstice and the spring equinox, according to the National Centers for Environmental Information. On Candlemas Day, clergy would bless candles needed for winter and distribute them to the people, the Punxsutawney Groundhog Club’s website says. Superstition held that if the day was sunny and clear, people could expect a long, rough winter, but if the sky was cloudy, warm weather would arrive soon.

The Germans then expanded on this tradition, introducing the hedgehog to the mix. They believed, according to the Groundhog Day website, that if the sun appeared and the hedgehog saw his shadow, there would be six more weeks of bad weather, or a “Second Winter.”

Groundhog Day in the United States

Many of Pennsylvania’s early settlers were German, and they brought this tradition with them, switching the hedgehog for the groundhog, which could be more easily found in their new home, according to the Punxsutawney site.

Since then, the tradition has grown in popularity with many other cities across the country hold their own Groundhog Day celebrations. But none are as elaborate as the one that takes place at Gobbler’s Knob in Punxsutawney, Pennsylvania every Feb. 2. This year will by Punxsutawney Phil’s (or rather his descendant’s) 131st prediction.

Tens of thousands of visitors show up for the event each year, according to the official website, and in case you can’t make it in person like Bill Murray in the 1993 hit movie Groundhog Day, there is a live stream of the prediction for all to watch. 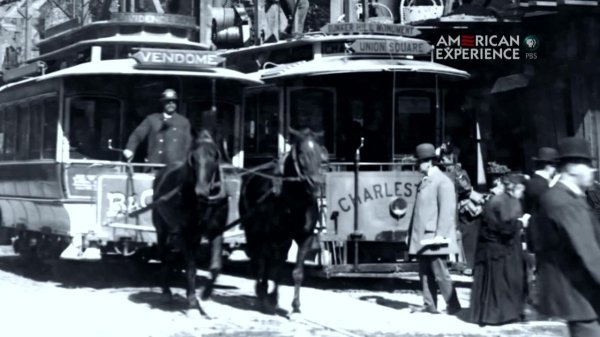 How Immigration Helped the United States Get Its First Subway System
Next Up: Editor's Pick