This iPhone App Can Do Your Kid's Homework

If there’s one truth that the tech revolution has proven itself repeatedly, it’s this: just because we can build something doesn’t mean we should. Take, for instance, Google Glass, iTunes Ping, and Clippy (to say nothing of the smart fork.)

Likewise, imagine an app that can take a snapshot of a student’s homework assignment, chew on the questions using cloud-based artificial intelligence, and spit out the answers. In theory, this sounds great for students, yet terrible for learning — that is, until you put Socratic to the test.

“Every student today goes to the Internet, goes to Google, to ask all of their questions — this is something that’s happening anyway,” says Shreyans Bhansali, the co-founder and head of engineering for the free homework-helping app that’s currently topping Apple’s App Store for education software. “We read the question, we figure out what they need to learn to answer it, and then we teach them that stuff.”

Socratic, which launched its app six months ago, pairs every question it gets asked with online content to help students understand each answer. It can handle high school and middle school coursework. The app began by covering just science and history, but a subsequent update added English and economics to its course load. It recently begun crunching math problems, too.

And if you thought learning grade school math was hard, try teaching it to a computer. Just like a teenager, the artificial intelligence backing Socratic began by learning algebra. Bhansali’s team had to write an algorithm that could analyze a photo of a math problem and solve it. Then, working with teachers, the company had to develop a layer of instruction to explain to users how to solve the problems in a step-by-step manner. That way, the app is doing more than just providing answers — it’s helping students learn how those answers were found.

When it comes to math problems, some steps are harder than others, and not every step is worth explaining. For Socratic, that meant working through thousands of math exercises. “That was a pretty complicated piece of technology and a pretty interesting piece of pedagogy,” says Bhansali. The next topic for Socratic to learn is calculus, naturally. “It’s a really big problem,” says Bhansali. “It’s going to take quite a while to do the whole thing.”

To see how well Socratic worked, I had a high school junior scan some of his math homework with the app. The results were “pretty good, for the most part,” he said, scanning images quickly and returning all the material Bhansali described. However, challenges arose with particularly wordy homework problems. Also, in some instances where text is accompanied by a formula or function, Socratic would disregard the words and only input the function or formula.

These setbacks are to be expected with a technology that’s this new, as well as with the new-to-Socratic coursework the junior was trying out. As Socratic’s team uploads an increasing amount of homework images to the cloud, the firm’s AI learns how to better handle the problems — improvements that instantly benefit users. “One of the main advantages of having our machine learning algorithms run in the cloud is that we can keep improving it every day, and every improvement we make can immediately become available to our users,” says Bhansali.

This is evident in trying out the app on other topics. I had a high school senior try out the app on an earth science study guide. She said the app was easy to control, extremely fast, and very colorful — a pleasant departure from black-and-white print-outs. “It had multiple sources on where to find the answer, which I liked,” she said. Those sources include lessons on Socratic.org, the app’s parent company that has been developing content over the last four years, as well as videos from Khan Academy.

Yet as much as the high schoolers liked Socratic, it may be an even bigger hit with parents. “If your child’s in ninth grade or tenth grade and they have a chemistry problem, it’s almost going to be impossible for a parent to be able to help their child,” says Bhansali. Decades removed from some of the mind-bending word problems and formulas of their pre-SAT pasts, adults often have a hard time tutoring their own children on topics they (supposedly) mastered years ago but haven’t studied in years. With Socratic on their smartphone, they can get back up to speed in no time. Says Bhansali: “It helps make learning easier not just for the student but also for anyone who’s trying to help.” 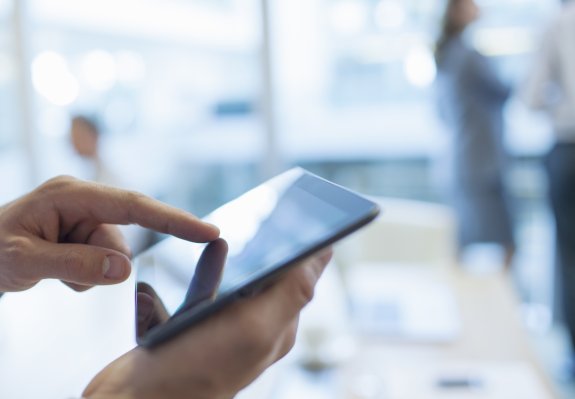 Slack Wants to Keep You From Getting Overwhelmed by Slack
Next Up: Editor's Pick