Britain's Theresa May Is All-In on Brexit With Lousy Cards

Theresa May at the World Economic Forum in Davos, Switzerland, on Jan. 19, 2017.
Simon Dawson—Bloomberg/Getty Images
By Ian Bremmer

On Brexit, Prime Minister Theresa May has played a horrible hand as well as anyone could. She has managed to maintain unity within her Conservative Party and worked hard to overcome suspicions that she isn’t committed to leaving the E.U. Setting out her objectives in a Jan. 17 speech, she made clear that Britain will reassert control of its borders and will not accept the E.U.’s judicial authority. From that starting point, her government will then work to get the best deal possible for Britain’s economy. After being criticized for playing her cards too close to her chest, she now has solid backing at least from those on her side of the bargaining table. The Jan. 24 Supreme Court ruling on Parliament’s role in the process is unlikely to delay the formal triggering of Brexit in the spring.

In addition, May has won conciliatory signals from Germany, by far the most important player on the other side. In a January speech at Davos, Finance Minister Wolfgang Schäuble pledged to do all he can to secure a deal that works for both the U.K. and the E.U. This will give May room to build a strategy.

May also understands that a U.K. outside the E.U. will need as many friends and commercial partners as it can get. That’s the subtext behind her visit to see President Trump on Jan. 27. It’s the first step toward a future trade deal that can be finalized quickly after Britain finally leaves the E.U.

But it’s still a bad hand she’s playing, and darker days will come. As two years of hard bargaining begins, rivals within her party will make her pay for every concession toward compromise, and her position will become more precarious if, as expected, Britain’s economy weakens. May won her job without an election, and her mandate remains in question.

Nor should the goodwill across the table be overestimated. German flexibility is important, but Chancellor Angela Merkel is losing clout within Europe, and others on the E.U. side will work hard to ensure that Britain doesn’t get a deal that makes exit look appealing for other member states like France or Italy. May can’t cut a deal with Trump, or anyone else, until negotiations with the E.U. end, likely in 2019. It’s reasonable to wonder whether May can survive that long.

That said, it’s also an open question whether the E.U. itself will exist in its current form in two years’ time. In modern-day Europe, almost nobody is flush with aces. 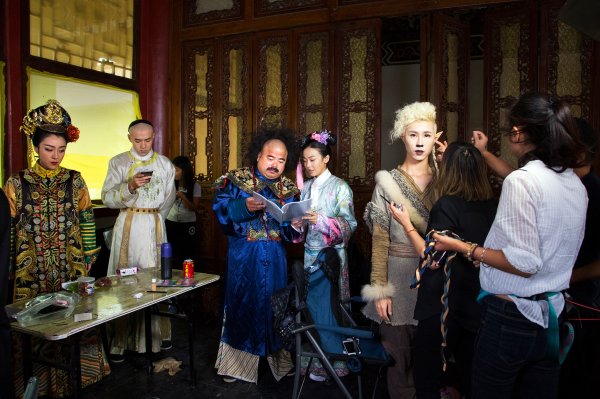 How China Is Remaking the Global Film Industry
Next Up: Editor's Pick