My Son Doesn't Care About the Super Bowl. So I Brought In a Ringer

Cam Newton #1 of the Carolina Panthers throws a pass during the second quarter of Super Bowl 50 against the Denver Broncos at Levi's Stadium in Santa Clara, Calif.. on Feb.7, 2016.
Thearon W. Henderson—Getty Images

Many parents tell disappointed sons they can’t play football because of concerns about concussions, injuries and the possibility of a career with the Cleveland Browns.

Not me. While I’m watching the Falcons and the Patriots face off in the Super Bowl, I will be dreaming of my 7-year-old son Laszlo playing on the gridiron, only partly so he could explain to me what a gridiron is. But also so he’d take some risks, toughen up and gain confidence and other things I imagine football gives you. I actually have no idea, since football scared the crap out of me as a kid. But from what I saw from other guys in high school, it did that stuff. Though I’m not sure, since I didn’t know them–because football players scared the crap out of me.

Still, if I had played football, I’m positive that I would have learned sportsmanship, teamwork, girl-hitting-on, beer-can crushing and changing clothes around other men without having to use one hand to put on underwear because the other hand is securing a towel around my waist. Instead of being a journalist, I would be a guy yelling at journalists for being lying elitists, which pays better than being a journalist.

Laszlo, however, is not interested in football. Partly because he has no idea what football is, since I never watch it. So to sell him on the idea, I asked his first cousin Declan Barry, who is also 7, to persuade Laszlo to play. Declan is a defensive lineman for the Schuyler County Tribe, who is enthusiastic about everything, even eating apples. This summer, when I nervously asked him where the seeds and stem had gone, he explained that he ate apples “New York–style!”

For his initial argument, Declan explained to Laszlo that in football you get to run a lot, like in soccer. This was not effective, since Laszlo quit soccer last year, though technically he stopped playing at his first game two years ago, when he decided not to play soccer so much as stand on a field where soccer was being played. So Laszlo shook his head at the idea of burning calories for no reason. “I’d rather do ceramics than run all day,” Laszlo said. Sticking to this failed line of reasoning, Declan added, “You get to throw the ball instead of kicking the ball.” To which Laszlo said, “It sounds the same.”

Then Laszlo interrupted Declan, stating the one thing that it turns out he knew about football, most likely by listening to public radio in the backseat of the car. “I don’t want to get hurt. Even though they use those giant armors, I still don’t want to,” Laszlo said.

“No,” Laszlo said. Which was true. If he had to huddle and listen to a guy bark numbers about how he had to apply his glaze, he would probably never fire a single pot in a kiln.

Then Declan made what I found to be a Rudy-level speech about how he gained confidence by conquering his fears and playing tackle football. As I was wiping a tear away from my cheek, I saw Laszlo’s face change. He seemed interested. “Why does it make you proud?” he asked.

“When you win games, you’re like, ‘Woo-hoo!'” Declan explained. He lost Laszlo with not just the “hoo” but also the “woo.” Then Laszlo said, “I just don’t feel like this is my thing.”

Declan did not give up. “You do get cheerleaders. A lot of people cheer for you. Like, cheerleaders.” Laszlo still wasn’t sold. Out of arguments, Declan told me to take him off speakerphone. “You may have to trick him,” Declan said. “Say you don’t want him to play, and then convince him to go to a soccer field that’s really a football field, and then throw him a football and he’ll like it.”

Although I liked the enthusiasm, I didn’t think this would work on Laszlo, because of the soccer field and the ball and the being outside. Trying to get my son to avoid the mistakes I made while saddling him with my genes and my failure to expose him to any sports events besides the Tour de France was unfair. He was silent and sad during our conversation with Declan, as if he were letting me down by being himself. So we’re going to go to a Super Bowl party, cheer hard for Lady Gaga and try to learn confidence and bravery in our way: by cheering for Lady Gaga at a Super Bowl party. 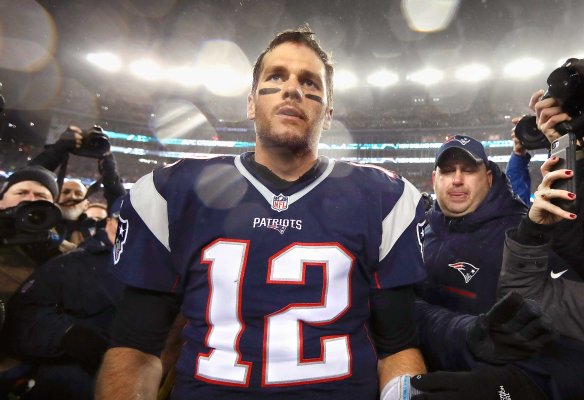