Be wary of a Patriot scorned. Suspended by the NFL for the season’s first four games over his role in the Deflategate affair, Tom Brady has delivered his payback one touchdown at a time. (Brady has denied tampering with footballs in the 2015 AFC title game.) This season the star quarterback threw 28 TD passes, against just two interceptions, and led New England to a league-best 14-2 record. “I saw a little more edge,” says former NFL quarterback Trent Dilfer. “This year he’s been, ‘I’m so good, I’m going to make this one hurt.'”

Now, after steamrolling through the playoffs, Brady has the Patriots on the brink of the ultimate comeuppance. A win in Super Bowl LI, on Feb. 5 in Houston, would give Brady, 39, his fifth title–a record for a starting QB. He’s currently tied at four with his idol Joe Montana and Pittsburgh Steelers great Terry Bradshaw. “I already think he’s the greatest quarterback of all time,” says Kurt Warner, a 2017 NFL Hall of Fame nominee. “Nobody has done it better in those big moments, and for longer.”

The high-scoring Atlanta Falcons are the final obstacle. Luckily for Brady, New England’s defense gave up the fewest points in the league this season. Should the Patriots prevail, it would set up a delicious moment: NFL commissioner Roger Goodell, who fought Brady in court over Deflategate, awarding the team the league’s most coveted prize. Revenge has never tasted so sweet. 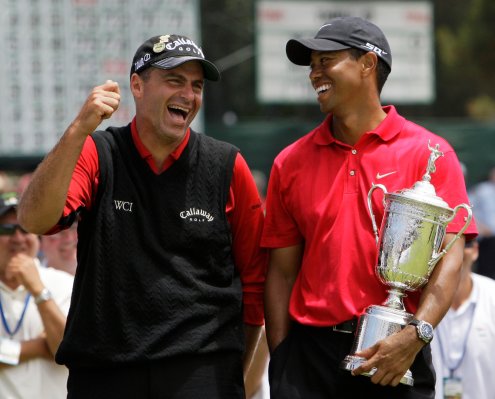 Tiger Woods Once Won On A Broken Leg. Don't Count Him Out
Next Up: Editor's Pick