Chicago Police investigate the scene of a quadruple homicide on the city's Southside on Dec. 17, 2016.
Scott Olson—Getty Images
By Josh Sanburn

President Donald Trump’s tweeted threat to “send in the Feds” to deal with what he called “the horrible ‘carnage'” in Chicago immediately raised questions about what, exactly, that would mean. To some observers, the first thought was the possibility of National Guard troops roaming the city’s streets.

“Historically that is what that has meant,” says Kami Chavis, a Wake Forest University criminal justice professor who studies policing. “Typically when hear ‘send in the feds,’ you’re thinking about the National Guard.”

Read more: 53 People Were Shot Over the Holiday Weekend in Chicago

“What he wants to do is provide the resources of the federal government, and it can span a bunch of things,” Spicer said, adding that federal efforts could include “aid.”

Chicago has been beset by gun violence in recent years, with homicides at their highest numbers in two decades. In 2016, there were 762 homicides in the city. This year, police say there have already been 35 homicides through Jan. 22, a 13% increase from last year. While overall crime nationwide still remains near record lows, Chicago’s rising murder rate is responsible for much of the uptick in homicide rates nationally.

There are a number of actions the federal government could take outside of ordering some sort of martial law for a handful of neighborhoods on the city’s south and west sides. Art Lurigio, a Loyola University Chicago criminal justice professor, says one way would be directing federal funding to Chicago police to increase the size of its workforce. Washington could also provide equipment. Chavis adds that the Trump administration could give the department additional money to fund community policing training programs to help officers build stronger ties in some of Chicago’s most violent neighborhoods.

Chicago Mayor Rahm Emanuel strongly opposes deploying the National Guard, reportedly saying it “has nothing to do with public safety,” and suggesting that the emphasis should be on existing partnerships between federal agencies and local law enforcement.

In a statement, Chicago Police Superintendent Eddie Johnson said the department was “more than willing to work with the federal government to build on our partnerships with the D.O.J., F.B.I., D.E.A., and A.T.F. and boost federal prosecution rates for gun crimes in Chicago.”

Some of that is already happening. The FBI, ATF, and DEA already work with Chicago police on issues like tracking gun trafficking across state lines, which Chicago police routinely point to as one of the factors behind the city’s gun violence.

But the president at least appears to be signaling that the National Guard should be a possibility. Indeed, his tweet followed a segment on Fox News’ “The O’Reilly Factor” in which Bill O’Reilly referred to the possibility of bringing in the National Guard to reduce crime in Chicago. (The tweet also came a day after Emanuel, who served as President Barack Obama’s chief of staff before running for mayor, criticized Trump’s focus on the crowd size at his inauguration.)

While there are many instances of the National Guard coming into cities to keep the peace, especially during the Civil Rights era of the 1960s, it’s often a temporary move following riots or violent protests. In 2015, for instance, Maryland’s governor requested the troops after riots over the death of Freddie Gray in police custody.

Lurigio adds that the neighborhoods with the highest crime rates already feel under siege, which would likely be exacerbated by federal troops patrolling the streets. “This is ongoing local criminal activity,” he says. “It makes no sense unless there are massive riots in the street that are beyond the departments to manage.”

There is also the matter of protocol: the National Guard is deployed to a state following a request from its governor to the president, not the other way around. 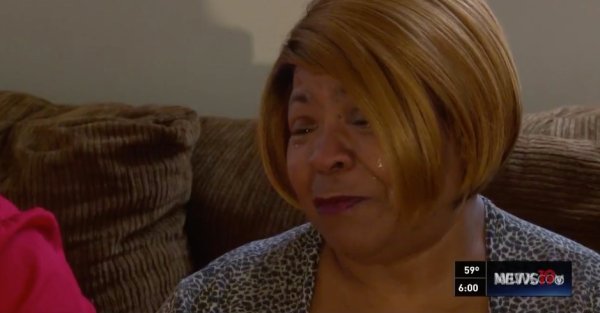 Mother Finds Out Her Son Was Shot Dead While Watching A&E’s Live Police Show
Next Up: Editor's Pick