This Is Why Film Photography Is Making a Comeback

Harpo Marx, Groucho Marx and Chico Marx examining the negatives from a photo-finish in a scene from the comedy 'A Day at the Races', directed by Sam Wood, 1937.
American Stock Archive—Getty Images
By Olivier Laurent

CES, once known as the Consumer Electronics Show, is usually the stuff of drones, smart home gear and other high-tech gadgets. But this year, as thousands of people attended the annual tech gathering in Las Vegas, a 129-year-old brand stole the limelight. Kodak Aliris, the firm that bought Kodak’s film segments, announced during the event that it would reintroduce Ektachrome, a color reversal film discontinued in 2012.

Ektachrome’s revival, which surprised and pleased many photographers, comes as the film photography market is on the up after more than a decade of decline. “The film market peaked in 2003 with 960 million rolls of film, today it represents roughly 2% of that,” says Manny Almeida, president of Fujifilm’s imaging division in North America.

But in the last three years, companies like Kodak, Fujifilm and Harman Technology, which manufactures the popular Ilford Photo black-and-white films, have been experiencing a comeback. “We’re seeing film growth of 5% year-on-year globally,” says Giles Branthwaite, the sales and marketing director at Harman. “Our professional film sales have been increasing over the last two or three years,” confirms Dennis Olbrich, president of Kodak Alaris’ imaging, paper, photo chemicals and film division.

Professional photographers are primarily fueling this growth, thanks to a new generation of practitioners who grew up with digital but have begun dabbling in film, says Olbrich: “They discover the magic of film photography and many of them simply fall in love with it.”

These Professional Photographers Are Still Shooting Film. Here’s Why.

Many modern film photographers are portrait and wedding photographers in their 20s and 30s who are looking to “differentiate their art and their work by shooting film,” Almeida tells TIME. “That usually allows them to charge for a premium product because film has a different look and feel than digital.”

That look is key, adds Olbrich. “At Kodak, we’re very data-driven,” he says. “We look at every aspect of an image and try to quantify it, but there’s just a depth and richness in a film image that’s hard to replicate otherwise. That’s really the reason why a lot of influential motion pictures cinematographers demand to use film.” And now, professional photographers are making the same demands. “This group of photographers often uses the fact that they shoot film as a competitive advantage in their marketing.”

The Best Film Cameras You Can Buy Right Now

Film, meanwhile, pushes photographers to rethink how they shoot. “You can’t just shoot a hundred shots of your subject and review them immediately,” says Olbrich. “Film forces you to think about the image, plan the image and really create the image mentally before you actually do the shoot. Film photographers believe that this process results in much more artistic and, in some cases, much more spectacular images.”

Film manufacturers have taken notice. They’re now rejuvenating their sales and marketing efforts, with Harman pushing for the creation of new courses, new darkrooms and exhibitions across the U.K. and the U.S. Kodak is retooling its entire social media strategy and if this year’s CES is any indication, Kodak has certainly struck a chord with film-curious photographers. While it will take a year for Ektachome to be available again, the company is already working on what comes next. “That gave us some confidence to start to look at what films we would consider bringing back into the marketplace,” says Olbrich.

The Best Film For Every Photo Situations

Fujifilm, on the other hand, is looking at another segment to grow its film business: instant photography. “It’s a huge market for us,” says Almeida. Fujifilm believes it sold more than 6.5 million instant cameras last year, up from 3.9 million in 2014 (a full accounting of those sales will be published at the end of the month.) And new products continue to come out of Fujifilm’s factories. Last year, it launched a black-and-white instant film, and in the coming months it will unveil a new film that will mimic Polaroid’s famous square format.

“We’ve done a lot of consumer research to try to understand how consumers feel about the product, what’s their behavior, how do they buy it,” Almeida adds. “A lot of consumers indicate that they don’t even look at Instax as photography. It’s fun, it’s relaxed, it’s social communication.”

Despite its different appeal, the popularity of Instax benefits the entire film market as more people experience analogue photography’s distinct appeal. “What surprises me, really, is that it’s taken 15 years since digital penetrated the photography market for this resurgence to happen,” says Branthwaite. 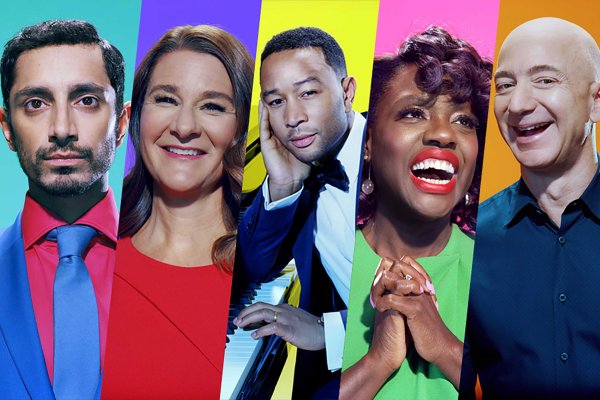 The Story Behind the TIME 100 Covers
Next Up: Editor's Pick