Women Should Reclaim the Term Pro-Life From Anti-Abortion Activists

Pro-choice and pro-life activists demonstrate on the steps of the U.S. Supreme Court on June 27, 2016, in Washington, D.C.
Pete Marovich—Getty Images
Ideas
By Danya Ruttenberg
Danya Ruttenberg is Rabbi-in-Residence at Avodah and author of Nurture the Wow.

Several thousand people stand to die if the Affordable Care Act is repealed. It is, simply, the outcome if health insurance is taken away from as many as 18 million people — especially if protections for those with pre-existing conditions are removed as part of the deal.

In my Talmudic way, I’ve been trying to think of a scenario in which this makes sense to someone who identifies as pro-life, as do Mitch McConnell, Paul Ryan, Mike Pence and Health Secretary nominee Tom Price, as well as many others making this push. But I can’t. Even for those whose objections to the legalization of abortion come from the most specific of theological reasons — that is, that babies are innocent and deserve special concern — it doesn’t hold up. After all, the impact on an ACA repeal on families with preemies or who need the neonatal intensive-care unit is likely to be devastating. Even those who prioritize infant life over adult life should be in favor of Obamacare.

It’s time to re-appropriate the term pro-life. Those who want to take away both women’s reproductive health care and everyone else’s every-kind-of health care have lost their right to the term.

Pro-life is ours now. It should become a rallying point for those of us resisting the new Donald Trump Administration and its threats to our inalienable rights.

The new pro-life movement is pro–health care. We will fight the attempt to repeal until the very last.

To be pro-life now means to be pro–gun control. Thirty-three thousand people are killed annually by gun violence in America. Many of those deaths could be prevented with universal background checks and other regulations. We’re pro–police reform, because better hiring practices, training practices and accountability measures could save lives and minimize harm — because the lives of those disproportionately targeted by implicit bias matter. We are here for the safety and dignity of every person. We’re here for refugees fleeing war; their very survival depends on finding shelter on our shores. We take climate change seriously, and know that the fate of our planet and all who dwell upon it depend on us doing so.

We are anti–death penalty. We know that, even in the face of the most heinous crimes, the state should not have the power to execute. We’re aware that the U.N. Commission on Human Rights has called for its abolition worldwide, that it is used disproportionately on the poor and people of color and that condemning innocent people to death row is still very much a reality.

We are procontraception and pro-choice. We are pro-enabling parenthood to be chosen and children to be cared for, and against unsafe back-alley abortions. Some of us might think that abortion is morally wrong, but know that personal feelings should not drive national legislation. We know that there are a lot of different ways to understand this complex issue and that, ultimately, the 14th Amendment’s guarantee of personal privacy means that each individual should have the right to choose. On many of the above issues, we are natural allies of those who espouse a consistent life ethic — such as those marching on Washington on Jan. 27 — though we differ significantly in our thinking about this Constitutionally guaranteed right to bodily autonomy. Needless to say, we should all work in solidarity together when we can, and part ways when we cannot.

In this new era, those of us who oppose Trump’s agenda are in need of new language that helps to galvanize and unify us. If it lays bare the hypocrisy of those claiming to care about innocent lives, all the better.

To be sure, some of these goals feel painfully far away at this political moment. But as we fight, as we resist, as we push for human rights and human dignity, we should always remember who we are and what we stand for.
We are here to care for and protect everyone’s well-being, in America and worldwide.

We are the movement for life. 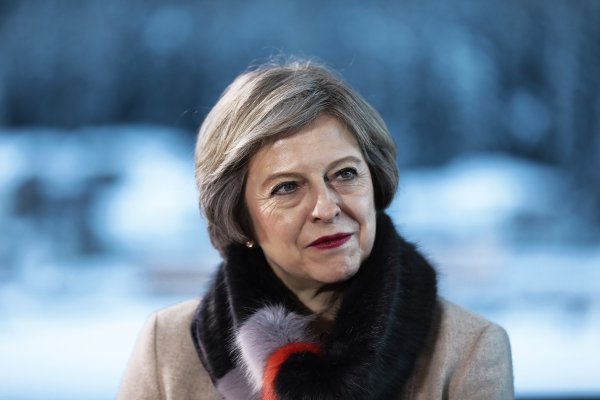