Ben Stiller: 'Nobody Wants to Be a Refugee'

Ben Stiller meets Syrian refugee children in Jordan's Azraq refugee camp, where more than half of the 54,000 refugees registered there are children.
Jordi Matas—UNHCR
Ideas
By Ben Stiller

One percent. That is the surprising percentage of the world’s 21 million refugees who will resettle in another country after fleeing their war-torn homes. I had to ask the United Nations worker twice. “Just one percent of all refugees?” “Yes, and the number is shrinking.”

I was talking with a UNHCR Field Officer as he was verifying the biometric data of a Syrian family being interviewed for resettlement at the UN’s refugee registration center in Amman, Jordan. The fact that such a small fraction of those displaced people are even identified for resettlement to the United States or other countries — after undergoing a rigorous vetting process — seems to fly in the face of the politics and news about refugees.

This was one of many things I learned on a recent trip with UNHCR, the UN Refugee Agency, to visit camps set up with the Jordanian government and a number of international NGOs, to deal with the influx of over 655,000 fleeing to Jordan from the civil war there since 2011.

Like a lot of us, I am trying to reconcile how to be open-hearted and empathetic to the plight of our fellow human beings while also being concerned about our national security. The problem is complicated, and sometimes the easiest way to deal with it, which I have personally been guilty of, is to ignore it. We become anesthetized to the constant news of suffering children in Aleppo and horrific violence and destruction in the region. How do we help those in need in a way that makes a difference and doesn’t compromise our safety here and abroad?

I, Ben Stiller, star of Dodgeball, do not have the answer. But by meeting with refugees and those assisting them, I was able to get a better sense of some of the realities.

Nobody wants to be a refugee.

This was the running theme at Azraq Camp, which sits in the middle of the Jordanian desert. Approximately 54,000 of the 655,000 registered refugees in Jordan from Syria are here. Over half are children. They live in small, anonymous shelters with no electricity (though the solar grid comes online soon), no running water and dirt floors.

This is where I talked to Mohamed and Alaa Salah and their two children. Mohamed is a veterinarian; Alaa, an agricultural engineer. They are both young and vivacious. They fled the carnage when bombs hit their neighborhood in Homs and the trauma damaged their 4-year-old son Hussain’s vision. They are grateful for safety, but stunned by their plight. “I miss my family so much,” Alaa said. “But right now I can’t take my children back to death.”

These people want to go home.

Azraq’s makeshift marketplace has shops run by an equal number of Syrians and local Jordanians. I asked one storekeeper, from Aleppo, who sold everything from soap to soccer balls, if he wanted to go back. He looked at me as if I was asking him whether he liked to breathe. After a moment, with a deep-eyed smile, he said, “even the word ‘Syria’ gives me chills, because I so want to go home.”

These children need a chance, for the world’s sake.

In the lower-income neighborhoods of Amman, one in five refugees are living with the help of UNHCR cash-assistance programs that use iris scanners to prevent fraud. One couple I met there, Haitham and his wife Um Khalil, fled Aleppo three years ago with their eight children. While they are safe in Amman, the danger they escaped continues for their family members remaining in Syria. Um Khalil’s sister was killed just three months ago when she stepped on a mine going to pick up clothes for her five children…

Haitham’s son, Khalil, is thirteen, with a cherubic face and round green eyes that look like they have seen too much. His hands were stained with engine grease. His father explained the boy worked as a mechanic, the previous day from 7 am to 11 pm, to support his family. His family needs his income to survive. Taking that in, I turned to Khalil and said that was quite a responsibility for a boy. He listened to the translator then quickly and proudly replied, “I’m a man, not a boy.”

While Khalil works, his twin sisters, like many refugee children, don’t have access to education. I had an opportunity to meet with Jordanian King Abdullah II and Queen Rania, who explained that due to the crushing load on under-supported host countries like Jordan, which already has 170,000 Syrian children in their free public schools, they can’t accommodate them all. Young girls like Khalil’s sisters can help around the house but as they get older they run the risk of being targeted by terrorist groups who indoctrinate at-risk youths.

How we can help?

Every family I met shared a pride for their home country and the hope to live a normal life. While a few were ready to move on to wherever the resettlement process might take them, all professed a profound desire to eventually return home. These are sentiments we — the public — can all connect with. UNHCR’s #WithRefugees campaign is one way in which communities can reflect their compassion.

I hope the new Trump Administration will conclude that compassion and security are not mutually exclusive. On the contrary, they are mutually reinforcing. The roots of the Syria refugee problems are complicated, and so are the solutions. While a resolution of the conflict should be a priority, we must support the humanitarian programs of UNHCR. We need to support our allies like Jordan, who, with an astonishing 20 percent of their population made up of fleeing Syrians, cannot carry the burden alone. What countries like Jordan do profoundly affects us.

In this time of unrest in the Middle East and change in our country, when frustration and xenophobia seem to dominate our news cycle and social media, I hope we can all look at the faces of those we fear and see what is sometimes hardest of all to recognize: ourselves.

Learn more about Ben Stiller’s trip with UNHCR at their website. 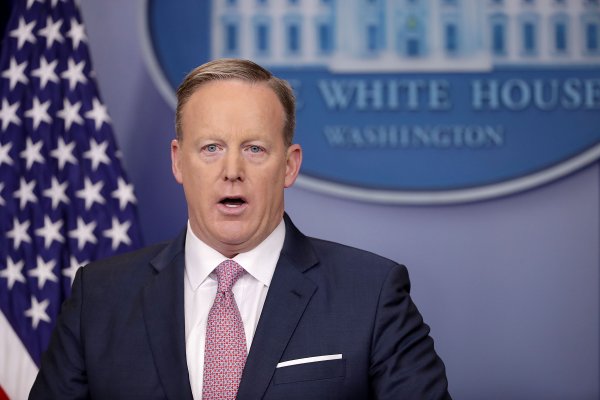 White House Says Criminals Will Be Trump's Priority on Immigration
Next Up: Editor's Pick