Turkish chef Nusret Gökçe, better known to the world as the supreme salt sprinkler that inspired the viral “Salt Bae” meme, is bringing his trademark flair with meat to new locales.

In an interview with Hürriyet Daily News, Gökçe said that he would be opening branches of his popular Nusr-et chain grill houses in New York and London in the next few months, saying that “meat has become a passion for me” and that these expansions were possible because of “telling stories and drawing people’s attention.”

Gökçe also clarified that his now-famous flamboyant seasoning of the meat wasn’t “to show off,” but his signature way of “blessing the meat.”

With his upcoming locations, Gökçe is unconcerned about not knowing other languages, maintaining that he can “communicate with people through meat.”

Watch the video that started the “Salt Bae” meme below. 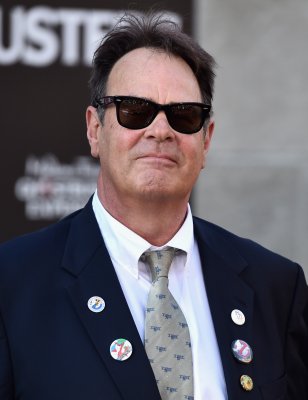 Dan Aykroyd Opens Up in Emotional Tribute to Former Fiancée Carrie Fisher
Next Up: Editor's Pick