Scientists Plan a March on Washington to Challenge President Trump

A movement by scientists to march on Washington as a protest against the Trump White House’s treatment of science has gained traction, with more than 115,000 supporters joining a Facebook group for the cause.

The move follows a slew of measures from President Donald Trump that scientists and policymakers have said could undermine science and its role in society. “It is time for scientists, science enthusiasts, and concerned citizens to come together to make ourselves heard!” organizers wrote on the page.

Trump transition officials have prohibited scientists at the Environmental Protection Agency from speaking to the media, removed climate change references from the White House webpage and said that they will require to submit their work for review before its published. Other targeted agencies include the Department of Energy and the Department of the Interior.

The plan for a march came out of a Reddit thread that grew in the wake of last weekend’s women’s march on Washington which drew hundreds of thousands of people to the nation’s capitol. Environmental activists have also announced plans for their own march in Washington D.C. late April to be organized in similar fashion to the women’s march.

Even before the push for a scientists’ march, many environmental activists said they planned to target Trump with mass protest. University of Virginia Lecturer Ann Reimers, a former fellow at the Department of Energy, marched on Washington during the women’s march carrying a “support climate research” sign.

“I can be here every weekend,” she said before the march. 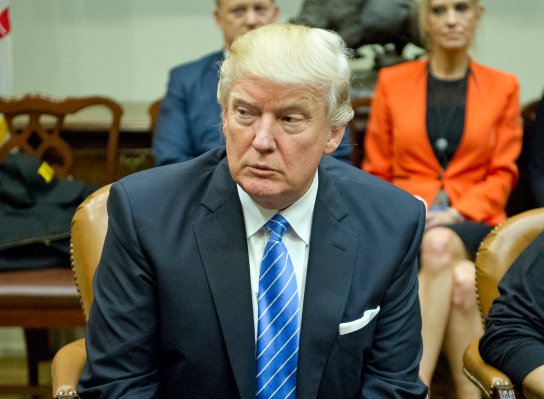 Trump's Latest Claims of Massive Voter Fraud Are Unfounded
Next Up: Editor's Pick