Meghan Markle is continuing her advocacy work on behalf of women around the globe.

The Suits star spent a week in the slum communities of Delhi and Mumbai, India, to learn about the issues and challenges the women and girls who live there face. In particular, her visit focused on “education, hygiene, empowerment, economic development and healthcare,” a source tells PEOPLE.

“She wanted to learn as much as possible from the women in these communities so she can see what is needed and how she might help them in the future,” the source says of the star, 35, who has been dating Prince Harry since last year.

Despite reports to the contrary, Markle’s trip was not cut short due to security concerns. “She just flew under the radar for a while,” says the source.

Markle, a United Nations advocate, has been working with causes specifically focused on women and girls for the past five years, but her love of philanthropy runs deep and started at a young age. She traveled to Rwanda last year for her work with the organization World Vision Canada.

“Both my parents came from little, so they made a choice to give a lot – buying turkeys for homeless shelters at Thanksgiving, delivering meals to patients in hospice care, donating any spare change in their pocket to those asking for it, and performing quiet acts of grace – be it a hug, a smile, or a pat on the back to show ones in need that they would be alright,” she wrote in an October 2016 post on her lifestyle website, The Tig. “This is what I grew up seeing, so that is what I grew up being: a young adult with a social consciousness to do what I could, and to, at the very least, speak up when I knew something was wrong.”

In November, Thuli Madonsela, a senior South African lawyer who met Markle through the U.K.-based charity One Young World, told PEOPLE the actress’s commitment to the cause was impressive.

“What struck me about her was her personality, compassion and her brain. She is extremely bright,” said Madonsela. “I wanted to know why she was involved in helping young people to discover themselves. She encountered some forms of discrimination and awkward moments. When she had this platform, she thought it was her job to make it easier for other young people to discover themselves and lead their fullest life.” 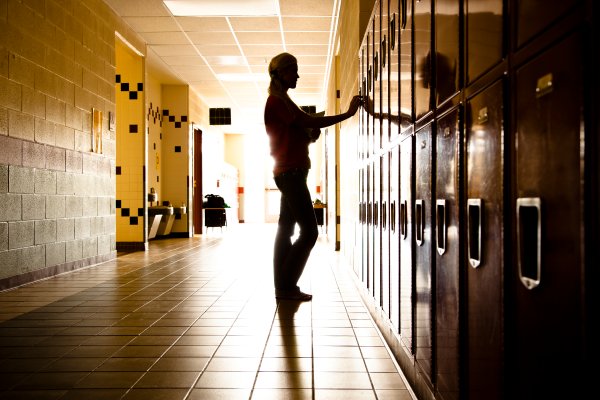 I Lost My Job, My Relationship and My Savings — And This Is How I Found My Way Back
Next Up: Editor's Pick