President Donald Trump speaks during the Inaugural Law Enforcement Officers and First Responders Reception in the Blue Room of the White House in Washington on Jan. 22, 2017.
Joshua Roberts—Reuters
Ideas
By Dave Levitan

Levitan is a journalist and the author of the forthcoming book Not a Scientist (available April 18).

In August 2012, the North Carolina legislature banned the sea from rising. At least not as quickly as it was. The state passed a law disallowing policymakers and planners from using the best predictions available for how high the sea levels would reach. This meant that the predominant scientific forecast that the ocean would rise 39 inches within the next 100 years shrunk down to about eight inches, which the state was forced to use in guiding coastal policy. This bit of legislative magic, of course, won’t save your beach house.

The N.C. shenanigans were good for a laugh around the parts of the country that take climate change seriously. But fast-forward to just after noon on January 20, 2017, and we are now faced with the fact that wishing away scientific reality has become national policy.

Soon after Donald Trump was sworn in as the 45th President of the United States, the official White House website purged all mentions of climate from the site—all mentions but one, that is, if you consider a promise to eliminate the “harmful and unnecessary” Climate Action Plan. Soon thereafter, scientists and other employees of the EPA and USDA were told not to speak to the public; a National Park Service Twitter account sent out objective facts, and had them deleted in short order; and the EPA was told to take down its climate-change page. This all hewed to Trump’s campaign rhetoric, but it was shocking nonetheless. Seeing the 180-degree shift away from the science of the Obama administration was a stark reminder of the dangerous, ever-rising waters in which we now find ourselves.

It isn’t just climate science. Trump may appoint an anti-vaccine activist to run a commission on immunization safety, and an anti-regulation zealot to run the Food and Drug Administration. Trump himself has called the fact that asbestos causes cancer a “con” and even refused to believe the objective scientific reality of drought in California.

The return of these anti-science attitudes to the highest levels of government has been accompanied by a return, somewhat surprisingly, of a familiar, infuriating refrain. “I am not a climate scientist expert,” said Ryan Zinke, the Montana Congressman tapped to run the Department of the Interior, during his confirmation hearing. “Far for me to be sitting before you today and claiming to be a climate scientist,” added Rick Perry, Trump’s nominee for Secretary of Energy. They jumbled the words a bit, but these nominees have apparently decided to revive the “I am not a scientist” GOP dodge, a line that President Obama was thought to have euthanized during his 2015 State of the Union Address.

The message behind that talking point was always one of disdain and misdirection. It allows the politician behind it to disavow expertise—but never disavow his intent to act like an expert nonetheless, by passing laws and making decisions as if the facts he doesn’t have are on his side.

“I’m not a scientist” has another effect as well, that is perhaps even more chilling. It sets the actual scientists off as an “other,” an indistinct group that isn’t around to join in the discussion and probably shouldn’t be trusted even if they were. That attitude could be seen as a subtle nod to the now decades-long demonization of climate scientists as some sort of shadowy cabal, many thousands strong, coordinating a diabolical hoax by somehow faking data from sources ranging from satellites to tree rings, all so they can continue to receive taxpayer funding in order to keep perpetrating that hoax. (Coherency has never been a strong suit of conspiracy theorists.)

Read More: Donald Trump Owes All His Wealth to the Very Arts and Culture He Aims to Defund.

Trump clearly subscribed to such thinking with his conspiracy-mongering on climate, on vaccines, on anything scientists know more about than he (read: everything involving science). And though his new team may be distancing itself from the “hoax” language in favor of misleading people by hyping uncertainty, the White House website climate purge tells us all we need to know on science’s position in this administration. The scientists have once again been shunned.

The kernel of hope here lies with the actual scientists, and some hints that they may be mobilizing in ways not seen before. In the days leading up to Trump’s inauguration, a group of scientists, coders and others scrambled to collect and save incredible masses of government data on climate and other issues, preemptively protecting it against attacks from the White House. Groups like 314 Action (named after the first three digits of pi) have begun pushing for more people with STEM backgrounds to run for public office, in the hopes of correcting a dire lack of actual expertise in government’s halls.

These are promising steps, and reflect the solidarity of spirit that is massing against the new president. But there is, of course, a question of urgency. North Carolina’s lawmakers “solved” their P.R. disaster a few years later by accepting a subsequent sea-level rise report that projected inches rather than feet—but only because it limited its gaze to a 30-year window. This may grease the political wheels, but when that window closes, the seas will continue to rise—they are building for a future that will not remain. Trump can help push through a truly damaging agenda by pretending empirical truths do not exist. But sea levels, soaring temperatures and strong storms do not care about pseudo-bans, and they do not care about what is on a website. 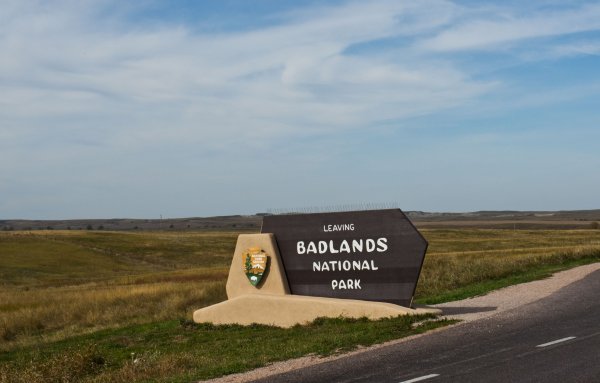 A Rogue National Park Is Tweeting Out Climate Change Facts in Defiance of Donald Trump
Next Up: Editor's Pick