The Obamacare Repeal Is a Money-Grab for the Already Rich

For six years now, Republicans have tied their political fortunes in Washington to the repeal of the Affordable Care Act (ACA). Despite the fact that millions of Americans would lose medical coverage—the non-partisan Congressional Budget Office (CBO) estimates 18 million people within a year—and despite the fact that it would throw our entire health insurance system into disarray, the GOP has focused like a laser on unraveling this achievement that is vital to the health of our nation. Now, as they inch closer to making their misguided goal a reality, we’re beginning to see the real motives behind the push for repeal—and they have nothing to do with the quality or cost of health care. This is about tax cuts for the rich at the expense of the poor, plain and simple.

The ACA relies in part on taxes paid by Americans earning over $200,000 per year to provide coverage to the most vulnerable among us. The law financed sweeping provisions like the expansion of Medicaid and tax subsidies for common expenses like insurance premiums, co-pays and deductibles. The ACA covered these costs by expanding payroll taxes on high-income earners, and by creating a 3.8% tax on investment income. So for Republicans who are doggedly chasing repeal, this is less about the 20 million Americans who stand to lose coverage, and much more about their tried-and-true tactic of giving reckless tax cuts to the rich.

And as far as those tax cuts go, the richer you are, the better off you’ll be. The top 1% of earners would see an average tax cut of $33,000, according to the Tax Policy Center at the Brookings Institute; the top .1% would have an average windfall of $197,000; and the richest 400 households in America—families with incomes averaging $318 million a year—will receive a $7 million tax cut, according to the Center on Budget and Policy Priorities, amounting to a 2% increase in their annual incomes. The tax cuts for those 400 families alone will create an annual revenue loss of $2.8 billion for the federal government. All told, repealing the ACA will provide the wealthiest among us with a tax cut totaling $346 billion over ten years, according to the CBO.

If you think health coverage for 20 million Americans is far too important to gamble with just to give more tax cuts to the rich, you’re right. But you’re also missing a bigger picture. ACA repeal will hit the lowest 60% of income earners with a tax increase, largely from the loss of subsidies for insurance premiums. These families will average up to nearly $3,900 in additional expenses, which only add to the pressure as politicians in Washington play a callous game of Russian roulette with their health and well-being.

It is a sad indictment of the Republican Party to see its leaders prioritize kickbacks to wealthy donors over the needs of their middle- and low-income constituents. Repealing the ACA will mean medical uncertainty for tens of millions of people. It will throw our insurance system into disarray. It will mean more people die from preventable causes and that fewer people will be able to afford the medical care they need.

It’s clear that all of this is a price Republicans are willing to pay as they pander for donations from the well-to-do. But for the rest of us, the cost of repeal is incalculably high, and it falls directly on the weakest among us. There is nothing more cowardly than a politician holding their hat out to the rich while their feet trample the poor. 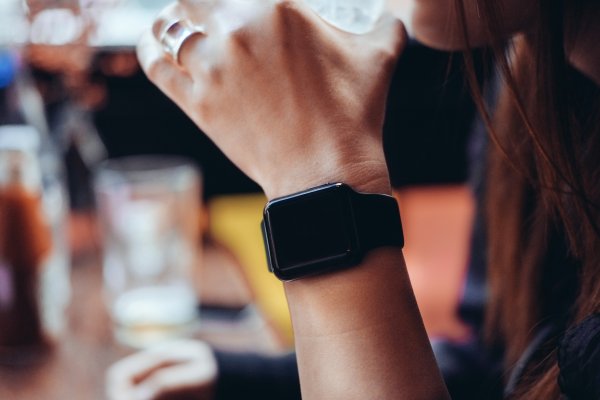 Wearables Can Tell When You’re Getting Sick
Next Up: Editor's Pick