The battle for Italy’s populist crown has begun.

In one corner is the well-known Beppe Grillo, founder and puppeteer of the 5-Star Movement (M5S), Italy’s largest anti-establishment group, widely seen as a contributing factor in the referendum defeat of former Prime Minister Matteo Renzi late in 2016. In the other is Matteo Salvini, the 43-year-old head of the the country’s largest right-wing party the Northern League and — as he tells TIME in an exclusive interview — the one and only real, “hard-core” populist leader in the country. The prize? Being a crucial part of Italy’s next government, or perhaps even leading it.

Up to now the M5S has been widely seen as the country’s leading insurgent movement. It chalked up victories in Rome and Turin mayoral races last year, and polls show it right behind the country’s Progressive Democrats, who currently head a minority interim government, with just under 30% of the vote. But Grillo’s party has been accused by critics and supporters of holding inconsistent positions; the former comedian has backtracked from wanting to take Italy out of the E.U., and his party recently deserted a grouping with Britain’s rightwing UKIP Party in the E.U. parliament, only to rejoin when his overtures to a centrist grouping were rejected.

So the more hardline Northern League is attempting to mount a challenge to Grillo’s populist movement. Although its share of the vote is only around 13.5%, that’s a sharp increase from the 8.3% it received during the 2008 election. The party – set up in 1989 as an independence movement for Italy’s north — has also helped steer the country before, as a partner in Silvio Berlusconi’s first government in 1994.

Now it wants to do so again. Under Salvini, the party is seeking partners in the Italian parliament ahead of a possible spring election on a strict, hard-right platform. “We are available to welcome and strike alliances with any party as long as that party is willing to endorse key points we have put in our government agenda: expulsion of all illegal immigrants, euro exit, more strict safety controls and a 15% flat tax to tackle fiscal avoidance as Donald Trump has proposed and as Russia and Bulgaria already have,” Salvini says.

The offer is not open to Grillo’s movement, however, who Salvini says endorses “soft” populism. “We know where we stand, especially in Europe. But what about the 5-Stars? They’re making some bad moves lately and have changed their minds regarding Italy’s exit from the euro and handling of illegal migrants.” Salvini believes M5S’s more “extreme” voters will shift allegiance to the Northern League, especially as Rome’s newly elected mayor Virgina Raggi, designated by Grillo, has become engulfed in a scandal over political appointments, contributing to divisions within the party.

Salvini is certainly raising his profile in far-right circles. Last weekend, he was the only Italian politician to attend the populist meeting in Germany, Koblenz, starring rising euro-skeptic leaders of the Europe of Nations and Freedom group at the EU Parliament. There was Frauke Petry of the anti-immigration Alternative for Germany, France’s Marine Le Pen of the Front National, Geert Wilders of the Dutch Party of Freedom and Harald Vilimsky, general secretary of the Austria Freedom Party which last year failed to win the presidential elections by a narrow margin. His European counterparts view Salvini as the next “savior” of Italy.

Many in his home country, however, consider him an unapologetic racist and bigot. Last year Salvini courted controversy by offering to stop incoming migrants from landing on Italian shores by simply pushing them back to sea, and called for the closure of all mosques in Italy to keep potential terrorists at bay, causing uproar from the local Muslim community. ARCI, a pro-freedom lobby uniting one million Italians, has warned citizens not to vote for the Northern League because of its “extremist and racist” positions.

Even so, Salvini has had a transformative effect on the party since he came to lead it. Having first represented the party at the age of 25, as a local councillor, he became a Member of the European Parliament (MEP) in 2004, and was crowned secretary of the Northern League in 2013 by 88% of supporters. The party then was in a parlous state; after Berlusconi’s fall in 2011, the party lost support over a series of scandals involving its founder Umberto Bossi. After cleaning up internal party messes and clashes Salvini attempted to give his party a makeover. He has been the first Northern League MEP to look beyond national boundaries to Europe-wide alliances and common battles.

Now, he’s looking across the Atlantic. Unlike Grillo, Salvini has been a pro-Trump supporter since the beginning of the President’s campaign and now the official turnover at the White House has boosted his enthusiasm, showing him that having “clear ideas is key to victory. Something which Grillo appears to lack at the moment”, he adds.

“I think the arrival of Trump will benefit Europe and Italy: his views on nuclear disarmament, the new relations with Russia and his economic plans to bring back investments into the U.S. from abroad are already triggering change”, says Salvini. One key theme of Trump’s inauguration speech – give America back to the American people – reflects Salvini’s motto “give back Italy to the Italian people” by putting an end to the arrival of undocumented migrants who, the party says, steal jobs from Italians, drain social welfare funds, and jeopardize citizens’ safety by being potential terrorist threats.

Italy’s exit from the euro-zone, however, is his main goal: “The euro is over. We need to adopt a new currency, it doesn’t matter what or how we call it – lira, sterling, Roman sesterce”. Nor is he worried of the consequences this could have on Italy’s elevated public debt and financial stability: “Two-thirds of public debt are in the hands of Italians, so nothing would change”, he argues. “For the remaining percentage in foreign hands, we can always re-discuss it through negotiations.”

Following Renzi’s resignation in December, Italy is expected to vote in a general election in 2017. Salvini, for one, is eager for an early vote. The electoral campaign “We for Salvini” aimed at supporting his candidature as premier has opened its 2017 subscriptions. The slogan is: “Ideas, Hearts, Courage”. His Facebook and Twitter accounts hail “Happy New Year 2017, Happy wind of change”, featuring a photo-gallery of populist leaders starting from Trump’s smiling face to Putin’s grin, with Salvini laughing right in the middle close to Le Pen. It remains to be seen, however, whether that wind will be strong enough to blow Italy’s conservative populist into a position of power. 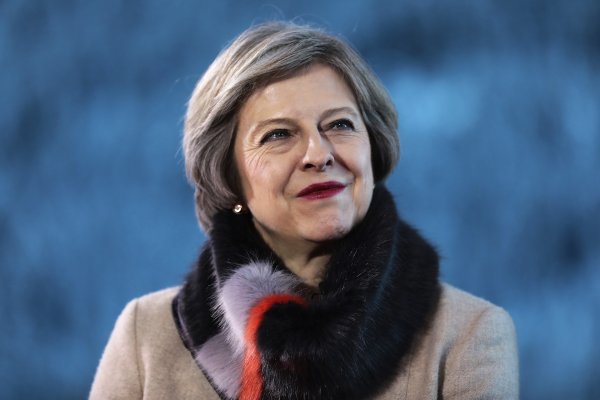