Adding some spice to your diet may just help you live longer, according to a new study from the University of Vermont. Researchers found that people who reported eating hot red chili peppers had a 13 percent reduced risk of dying during the study period, compared to those who didn’t, even after controlling for age, gender, and other potential influencers.

The new research supports the findings from a 2015 study on adults living in China, which also linked chili peppers and longer life. “In a way, our results make the previous study more generalizable,” says medical student Mustafa Chopan, co-author of the new study. “The same relationship holds, irrespective of culture or ethnicity.”

Chopan and his co-author looked at survey responses from more than 16,000 Americans taking part in a long-term national health and nutrition study. They found that people who ate chili peppers at least once a month were more likely to be younger, male, white, Mexican-American, and married, compared to those who did not. They were also more likely to smoke cigarettes, drink alcohol, have lower HDL-cholesterol, and lower income and less education.

RELATED: Do This During Your Workday to Burn More Calories and Fat

Then the researchers studied follow-up data, to see which participants were still alive an average of 19 years later. They found that 21.6 percent of chili consumers had died, compared to 33.6 percent of non-consumers. Overall, after controlling for the demographic, lifestyle, and health-related differences between the groups, chili consumers were 13 percent less likely to have died during the study.

The analysis, published recently in PLoS ONE, could not prove a cause-and-effect relationship between chili consumption and death rates, nor suggest a possible explanation for chili’s apparent benefits.

RELATED: How to Prevent Freezer Burn

But based on previous research, the authors say that a component in chili pepper called capsaicin may be partially responsible. “The theory is that capsaicin supposedly has anti-tumor effect and anti-inflammatory effects,” says Chopan, “and anti-microbial effects, too, so it might have interactions with the gut microbiota associated with disease.”

The study only compared people who reported any amount of red hot chili pepper consumption per month to those who reported none at all. And it did not ask about how those peppers were prepared or consumed, although respondents were instructed to “not count ground red pepper.”

RELATED: Here’s What Playing an Instrument Can Do For Your Brain

But in the 2015 study, people who ate peppers every day or almost every day saw the biggest benefit. And there are many different types of chili peppers—red and otherwise—that are good sources of capsaicin. In fact, the hotter the pepper, the more of this compound it likely contains.

If you don’t love spicy food but want to reap some of their benefits, start by using just a small amount in cooking, recommends Cynthia Sass, RD, contributing nutrition editor to Health magazine. She also gives a few ideas to get you going: Add diced jalapeno to guacamole, add crushed red pepper flakes to stir fry dishes, season veggies with cayenne and black pepper, or top boring meals with hot sauce or spicy salsa. 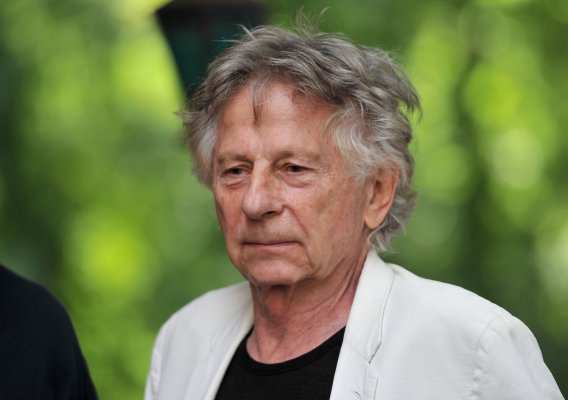 Roman Polanski Won’t Host the César Awards After Uproar
Next Up: Editor's Pick