Amy Smart Reveals Her Daughter Flora Was Carried by a Surrogate

Amy Smart feels indebted to the woman who helped realize her dream of becoming a parent.

“One month ago today, Dec. 26th our amazing beautiful daughter came into this world. Feeling so grateful to have her in my arms,” the actress, 40, captioned a mother-daughter photo on Instagram Monday.

“After years of fertility struggles I give thanks today to our kind, loving surrogate for carrying her,” she concluded.

Smart and husband Carter Oosterhouse announced the arrival of their first child on Dec. 31 via social media. The baby news came as a surprise as the couple had not publicly revealed their plans to start a family.

“It is with great attitude and pleasure to welcome our little girl Flora to the world,” the new mom wrote alongside the picture of herself and Oosterhouse, 40, holding Flora in what appeared to be a hospital bed.

Smart and Oosterhouse got married in 2011. They began dating in 2010 and got engaged five months later. 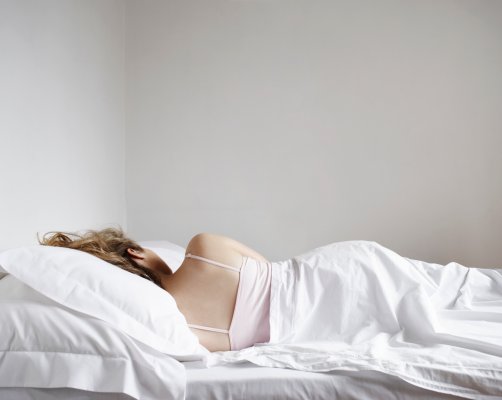 Why You Have Trouble Sleeping — and How to Address It
Next Up: Editor's Pick