What to Know About the U.K. Supreme Court’s Brexit Ruling

The Supreme Court – the final court of appeal for civil and criminal cases in the U.K. – determined on Tuesday that the British government will not be able to begin the process of taking Britain out of the European Union without the permission of Parliament. But what does all that actually mean?

What happened in the Supreme Court on Tuesday?

By a majority of 8 to 3, the Supreme Court ruled that the government cannot formally trigger the withdrawal of the U.K. from the E.U. without an act of Parliament – meaning it must be debated and voted on by Members of Parliament (MPs).

‘Brexit’ is triggered by Article 50 of the E.U’s Lisbon Treaty, which sets out the ways by which an E.U. member state might voluntarily leave the 28-nation bloc. Triggering Article 50 — as the expression goes — gives the country two years to negotiate the terms of its withdrawal before the departure is final. This is the first time in history that the article is set to be invoked.

British Prime Minister Theresa May and her government argued that Article 50 could be triggered under the ‘royal prerogative’, which permits the government to negotiate foreign affairs without parliament’s consent.

However, lawyers led by investment manager and philanthropist Gena Miller argued that since withdrawing from the E.U. would affect their domestic legal rights, the royal prerogative should not apply, and lawmakers in parliament should be asked for approval. Three London law firms agreed to take up the case and the U.K.’s High Court ruled last Nov. that the government must receive Parliament‘s approval in order to trigger Article 50.

Lawyers for the government then appealed the ruling in the U.K.’s Supreme Court – the results of which were announced today.

What will Theresa May and her government do about the ruling?

The government’s lawyer said it would abide by the ruling, which means holding a vote on Article 50. “Of course the government is disappointed by the outcome. But we have the good fortune to live in a country where everyone, every individual, every organization and even government is subject to the rule of law. So the government will comply with the judgement of the court and do all that is necessary to implement it,” said Jeremy Wright, the attorney general, outside the court.

Will British lawmakers vote against ‘Brexit’?

It’s extremely unlikely. The leadership of the opposition Labour Party has said it will vote in favor of triggering Article 50, meaning there would not likely be enough MPs to rebel against the government motion. Labour leader Jeremy Corbyn said his party will “respect” the referendum result and “not frustrate” the process.

However, there’s a possibility that the Parliamentary process could result in certain constraints on how Brexit comes to pass. Labour will attempt to use amendments to shape the negotiations, for example on a threat by Chancellor Philip Hammond to relax corporate taxes in Britain if the E.U. refuses to negotiate fairly. Corbyn said Labour will seek to amend the Article 50 Bill, “to prevent the Conservatives using Brexit to turn Britain into a bargain basement tax haven.”

How does this ruling affect Scotland, Wales and Northern Ireland?

The judges ruled unanimously that the legislatures in Scotland, Wales and Northern Ireland will not get to vote on the Article 50 process. This will be a relief to May, as the Scottish government is heavily opposed to the U.K.’s E.U. exit.

The Scottish National Party has said it would make 50 amendments, including one which would require May to include the semi-autonomous governments in Scotland, Wales and Northern Ireland in its Article 50 decision, Bloomberg reports.

Nicola Sturgeon, Scotland’s First Minister, is planning to stage a vote in Holyrood, the Scottish Parliament, on Article 50, to support her demands that Scotland is given special access to the single market.

A spokesman from the Welsh government said: “We welcome the Supreme Court judgment today which means that the U.K. government must seek parliamentary approval in the form of a Bill before it can trigger Article 50 to leave the European Union. It is vital that the U.K. government develops an approach to negotiations which reflects the interests of Wales and the U.K. as a whole – an approach to which the prime minister has already publicly committed.”

Northern Ireland’s power-sharing executive, which is divided on the issue of Brexit, is currently collapsed amid a rumbling political scandal.

How did the pound sterling react?

The pound fell 0.4% to 1.2481 pounds after the ruling, according to Bloomberg. The British currency has fallen roughly 17% against the dollar since the U.K. voted to leave the E.U. in the referendum last summer. 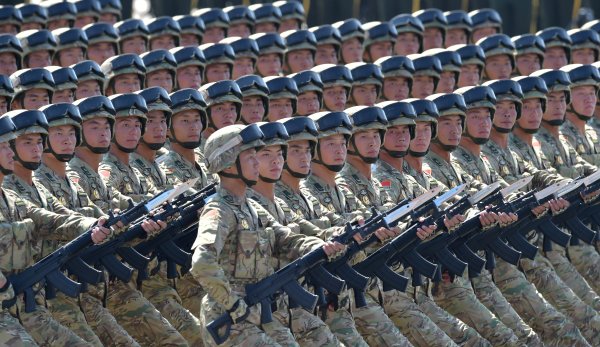 Trump Has Little Chance of Winning a New Cold War With China
Next Up: Editor's Pick