Former President George H.W. Bush has been moved out of the intensive-care unit, and his wife Barbara Bush has been discharged from the hospital, doctors treating the couple said on Monday.

The 41st President had been in the ICU since Wednesday and was relying on a ventilator to breathe, the Associated Press reported. The tube was removed Friday, doctors said. Bush, 92, was treated for pneumonia throughout the course of his stay.

The former First Lady was admitted to the hospital on Wednesday for bronchitis. Barbara Bush, 91, said she was feeling “1,000 percent better” on Thursday.

The couple released a photo on Twitter through their post–White House spokesman, Jim McGrath, to thank their supporters for good wishes. 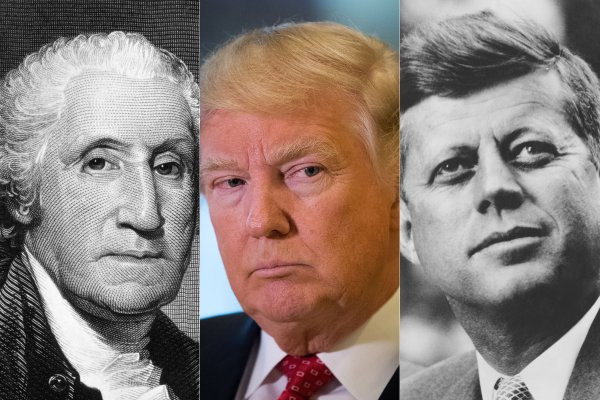 Quiz: Can You Put All the U.S. Presidents in Order?
Next Up: Editor's Pick