Karen Finley: Donald Trump Owes All of His Wealth to Arts and Culture

President Donald Trump poses for a photo in his office at Trump Tower, in the Manhattan borough of New York City, on May 17, 2016.
Lucas Jackson—Reuters
Ideas
By Karen Finley

Donald Trump is reportedly considering stripping the budgets for the National Endowment for the Arts, the National Endowment for the Humanities and the Corporation for Public Broadcasting. This would have devastating consequences for our society; for our cultural diversity; for the many economies that are connected to promoting cultural heritage, innovation and production, both domestically and abroad; and to the many municipalities and neighborhoods that depend on cultural institutions for survival. So we might ask how the arts have personally enriched the president.

When Melania Trump presented herself in sky blue on Inauguration day, she color-coordinated with the Tiffany & Co. teal gift box she handed to Michelle Obama. I wondered just what was inside. Was it a handmade sterling silver frame for Obama’s birth certificate, or an engraved tea set with the words Change Happens?

Tiffany & Co. is a 179-year-old New York City company known for its jewelry and fine gift items of the highest craftsmanship. But where does this craftsmanship come from? The inside world of design requires sustenance beyond wealth in the training, exhibitions and curation with public funding.

The infamous artist and Tiffany & Co. namesake Louis Comfort Tiffany is best known for his stained glass windows and lamps. Those windows and lamps, not to mention priceless jewelry, are in museums — museums that receive public funding. Tiffany & Co. is located on 5th Avenue — the same avenue that features Trump Tower as well as “Museum Mile,” where the Guggenheim, Museo del Barrio and the Met Fifth Avenue (its new tag) live, to name a few. Trump buildings are neighbors to Jazz at Lincoln Center and the Museum of Arts and Design. As President Trump knows, location, location, location is everything.

Shall we eliminate the funding for these landmarks that make his holdings infinitely more valuable — or valuable at all?

People walk past the Trump Tower in New York on May 23, 2016.
Carlo Allegri—Reuters

Trump’s son owns real estate in the New York’s East Village, a thriving and profitable spot for him thanks to the years of sweat of artists, and generations of multicultural workers and non-profit institutions in theater, art, dance, music and literature.

All across America, through the promotion of the arts, neighborhoods create job growth and development.

In Washington, DC, all of the museums have free admission. When folks come to explore the nation’s capital, they may choose to stay at the Trump Hotel, but they are also likely going to the National Museum of African American History and Culture, the memorials and the Smithsonian. At the National Portrait Gallery paintings of the First Ladies and Presidents are on display for the public—President and First Lady Trump will have their commissioned portraits painted as part of that long tradition.

Shall we remove this funding?

Ivanka Trump and her husband collect art. Many of these artists’ works are in public museums; many started out exhibiting in small emerging non-profit community galleries. These artists then generate value as part of an art market that is collected and sold. The economic markets for film, music, visual art, photography, dance, theater, literature, publishing and technology design depend on support for fostering innovation and experimentation to advance quality and originality.

Let’s not stop there. Reality television didn’t happen in a vacuum: it got its start with The American Family, a PBS documentary series from 1973. The Apprentice owes its success to the development of original programming by the Corporation for Public Broadcasting, and to the cinema verité style used by filmmakers and video artists who were supported by publicly funded programs.

And there’s the First Lady. Melania Trump came to this country working as a fashion model. The Fashion Institute of Technology not only has a museum, but it trains the very people who create the pieces of clothing she purchases or has created for herself. Isaac Mizrahi just had an exhibit at the Jewish Museum. The Costume Institute at the Metropolitan Museum receives public funding. Shall we eliminate the Costume Institute? Shall we eliminate public support of designers? Fashion Week brings income and jobs to America.

Melania Trump stated that Jacqueline Kennedy would be her role model. Besides dressing the part, Mrs. Trump would need to be a champion for the arts and an advocate for cultural and historic preservation. One of Jacqueline Kennedy Onassis’s triumphs was her role in fighting to preserve the Grand Central Terminal in NYC from demolition. Connected to the GCT is the now Hyatt Hotel — Trump’s first big development in Manhattan in 1980, just 5 years after Mrs. Onasis began her mission to save the terminal. I hope that Mrs. Trump could take on supporting and expanding the NEA.

The Trumps reside in New York City, which is, along with its home state, an avid supporter of the arts. Federal funding is needed to promote and support regional, cultural heritage production that is outside of urban centers. The arts in all of America need to be supported whether in Appalachia, Alaska, Alabama or Albany. That is why the National Endowment of the Arts is so vital to ensure that the entire nation has access to the arts.

To have a National Endowment for the Arts is to sanction creativity, to provide space to support the poetic, and to give meaning to struggle, hope and life. The artist interprets and represents for us perspectives so that we can question, focus and reexamine our worlds, to imagine the possible and the impossible. The culture and arts of America are our greatest asset.

Whether it’s transcribing Great Negro Spirituals, protecting indigenous Native languages, attending outdoor jazz concerts, preserving quilting by the Amish or the Gee’s Bend women, singing the Delta Blues, weaving narratives of neglected LGBTQ history, creating plays of the immigrant experience or collaborating across state lines, we are a country of expression. Art is the bridge when walls of fear keep us insulated and reactive. A society loses meaning, purpose and direction without it.

Finley, an arts professor at Tisch School of the Arts at New York University, will perform at the Steppenwolf in February. Her next book, Genital Election, will be published this spring. She was a plaintiff in National Endowment for the Arts v. Finley, after the NEA vetoed her grant in 1990. 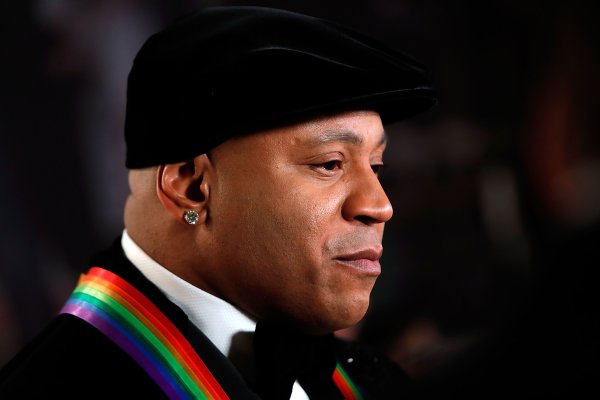