Why You Should Give the Apple Watch Another Chance

An attendee inspects the new Apple Watch during an Apple special event at the Flint Center for the Performing Arts on September 9, 2014 in Cupertino, California.
Justin Sullivan—Getty Images
By Alex Fitzpatrick
Each product we feature has been independently selected and reviewed by our editorial team. If you make a purchase using the links included, we may earn commission.

The Apple Watch, quickly approaching its second birthday, was released to the world facing close-to-impossible expectations. The first new product released under CEO Tim Cook, it was (and still is) seen as a referendum on his performance. Apple cheerleaders hoped it would replicate the runaway success of the iPhone, which at that point was making over $40 billion in revenue every quarter (it hasn’t). Gadget fans wanted it to bring Apple’s trademark design knowhow to the smartwatch realm, which was (and still is) lousy with ugly, primitive attempts.

It’s safe to say that the Apple Watch hasn’t been the world-changing device that some hoped it might be. Apple doesn’t report sales figures for the Watch, but outside estimates say it’s selling a little over a million units every quarter. While nothing to sneeze at compared to rival wearables, that’s a pittance compared to the iPhone, which, by last count, sells nearly 75 million units in the same timeframe. Anecdotal evidence suggests that some Watch buyers have sold or stashed away their devices, relegating them to the Kitchen Drawer of Misfit Tech.

But if you’re an Apple fan and have passed up or given up on the Watch, I’m here to tell you that it’s now worth a second look.

Recent software upgrades have dramatically improved the user experience on the original model, which is the one I use. It’s no longer an impossible chore to open up third-party apps like Uber, while often-used programs sit waiting for your commands in a handy new task bar. The overall user interface, meanwhile, simply feels better, more usable, and less cluttered. (It’s unfortunate for Apple that so many tech pundits’ opinions were formed while using the original, far clunkier software.)

Apple, meanwhile, released two new Apple Watch models over the fall, both offering similar improvements on the hardware side.

The new (perhaps confusingly named) Apple Watch Series 1 is largely the same as the original 2015 model, but with an upgraded processor for faster performance. It’s also significantly cheaper than the first Watch was upon arrival, starting at $269 instead of $349. At the new price, it’s not much more than high-end fitness trackers from Fitbit and the like.

The Apple Watch Series 2 still carries a hefty price tag at $369. But it’s got features that fitness fanatics should love, including built-in GPS for tracking workouts and water resistance to 50 meters.

Why do I like the Apple Watch? Mostly because it does far more than a traditional timepiece. I’ve always been a watch wearer, but Apple’s wearable puts more functionality in that real estate than would otherwise be possible. I use it to cycle through songs when my phone’s tucked away (handy on the subway or at the gym), to quickly check texts to see if they’re ignorable or must-answers, and to set timers when I’m cooking or doing laundry. It’s also a solid fitness tracker, doing the job of a Fitbit in what I believe is a prettier package. The Breathe app, meanwhile, is a helpful tool on anxious days. Finally, it is, in my opinion, a gorgeous piece of design.

Is all that worth $269 to me? Yes, I think so. Especially considering the other watch I’d probably buy — the Shinola Runwell — costs roughly double that, without any of the fancypants tech features.

The Apple Watch isn’t a fit for everybody, of course. Some may scoff at the very idea of a smartwatch, while others will find the price tag remains unjustifiable despite the discount. But if you’re an Apple fan dismayed by the early reviews, consider giving the Watch another chance.

(One last tip: If the “techy” look of the Apple Watch turns you off, consider pairing it with one of Apple’s Classic Buckles, which gives it more the appearance of a classic wristwatch. Just be sure to stash the sport band in your gym bag — it’s much more comfortable for a workout.) 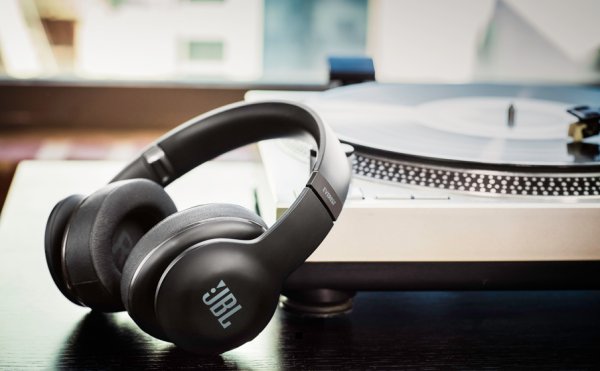 Upgrading To These Headphones Was a Musical Revelation
Next Up: Editor's Pick