In a significant break from the policy of the Obama Administration, President Trump is open to conducting joint strikes between U.S. and Russian forces on the Islamic State group, White House Press Secretary Sean Spicer said Monday.

After the Pentagon disputed Russian reports that such coordination had already taken place, calling it “rubbish,” Spicer maintained in his first press briefing that the new president would be open to such an effort.

“The president has been very clear that he’s going to work with any country that shares our interest in defeating ISIS,” Spicer said. “I think that if there’s a way that we can combat ISIS with any country, whether it’s Russia or anyone else, and we have a shared national interest in that, sure, we’ll take it.”

The announcement signals a stark departure from the Obama era, where the Pentagon and Russian military forces only worked to “deconflict” air strikes for the safety of flight crews over Syria. The previous Administration refused to work directly with Russia due to it’s support for Syrian dictator Bashar al-Assad, who has carried out horrific human rights offenses as he seeks to suppress a civil war.

Asked whether President Trump’s maxim indicated he would be open to working with Assad, who is fighting the radical group and the remnants of a moderate opposition, Spicer signaled Trump would not.

“Let’s not take that too far,” he cautioned, of his earlier comments. 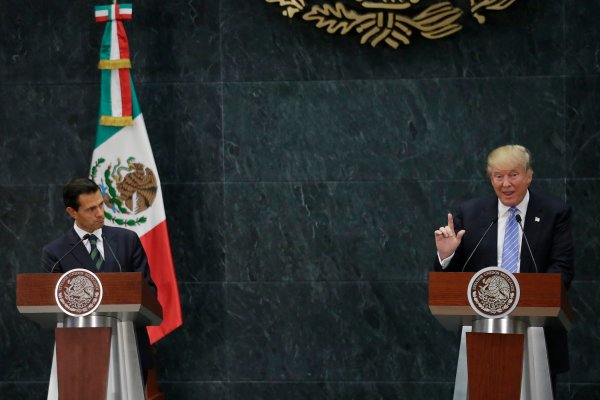