Rep. Keith Ellison: Democrats Will Unite and Take Back the Country

Unity is often discussed, but difficult to obtain and maintain. In 1964, Democrats unified around Civil Rights to create a winning coalition. That unity took guts, especially since it risked the last of the Southern Democrats.

Four years later, in 1968, the Democratic convention was marked by conflicts about Vietnam, race, and the assassinations of MLK, Bobby Kennedy and Malcolm X. Discord and the inability to pull the coalitions together led to the Nixon Administration, which brought us the War on Drugs, the Southern Strategy, Watergate, etc. When Democrats fail to unite, the American people pay.

Today, we are at another crossroads: We have a President who actively seeks to divide the American people.

He blames economic hardship on immigrants and peddles racial stereotypes about African Americans. He recently attacked my hero and colleague John Lewis saying his district was “falling apart” and “crime infested.” We’ve seen these dog whistles before, cynically designed to divide white Americans from their Black neighbors.

Now, more than ever, every person who values equality, fairness, and respect must come together for our country. But unity doesn’t just happen. It takes work and an understanding that we are stronger when we fight for opportunity for all. These are, after all, the core values we share.

The choice between the white working class and people of color is a false one. Hardworking Americans of all backgrounds are being left behind. In my district, which is 63% white, people in the African-American area of North Minneapolis want the same things for their families as those in mostly white working class suburbs. This is true across our country, not just in my hometown.

We have to stand for racial justice and economic justice, because if we don’t fight for both, we’re not going to achieve either.

We have to actively fight the wedges and stop conversations who want to turn Democratic coalitions against each other. It’s no secret I was a Bernie Sanders supporter. But I enthusiastically supported Secretary Hillary Clinton when she became our party’s nominee. I campaigned for Hillary in nine states, from talking to young professionals in Charlotte, North Carolina; to hosting a community forum with Muslim-Americans in Dearborn, Michigan fearful of Trump’s call for an immigration ban and a Muslim registry; to rallying with college students in Orlando, Florida, who were concerned about student debt.

I traveled to Nevada during the summer to meet with state party leaders and Sanders delegates for several hours. We talked through differences, and when everyone in the room was able to truly listen to each other, we emerged united.

As a member of the DNC Platform Drafting Committee, I worked together with Sanders and Clinton delegates to produce the most progressive Democratic platform ever. I was a strong advocate of the final product, and urged others to support it, too. It’s a platform all Americans can be proud of, unlike the divisive Republican platform that embraces LGBTQ discrimination, mass deportation, and privatizing Medicare.

But there are other coalitions that are being turned on one another, as well. Take labor protection and environmentalism — two core Democratic values. Republicans claim you can’t both have clean air and grow jobs. This too is a false choice.

Unions and environmental groups recognized this ten years ago when they formed the Blue-Green Alliance to build a clean, fair economy for all. You don’t often think “environmentalist” when you hear “steelworker.” But David Foster, their first Executive Director, left his post with United Steelworkers District 11 in Minnesota to take on the task of bridging the divides he often saw with environmental advocates. In fact, the two current co-chairs are Leo W. Gerard, the International President of the United Steelworkers, and Michael Brune, the Executive Director of the Sierra Club.

The Democratic Party needs to follow the lead of folks like David, Leo and Michael by showing where we can find common ground and standing up to attempts to drive us apart.

Because whether you’re struggling to find work after your factory shut down in western Pennsylvania, a DREAMer going to school in Arizona, or working three jobs to make ends meet in Atlanta, know that Democrats are your champions. We are the party that fights to raise the minimum wage, guarantee high-quality education, and provide affordable health care.

What we need is a Democratic Party that is willing to listen to everyone and organize conversations that bring people together. Because at the end of the day, we’re a team.

So when Republicans bring divisiveness, we have to bring the unity.

It’s who we are. And it’s how we take our country back. 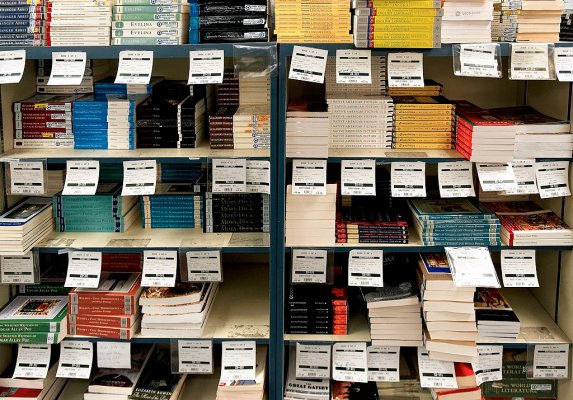 How to Make College More Affordable
Next Up: Editor's Pick