Here’s Everything Donald Trump Has Done So Far as President

President Trump may have said that Monday would be his first day actually on the job, but he’s already taken a number of steps as commander-in-chief since his inauguration Friday.

Apart from giving his inaugural address—which sketched a departure from longstanding U.S. foreign policy—and attending the inaugural balls, Trump has made a few concrete moves as President.

• Withdrew the United States from the Trans Pacific Partnership, a 12-nation trade deal he had heavily criticized as a candidate as not protecting American workers enough.

• Greenlit beginning construction on a wall along the U.S. border with Mexico, which he said he hoped would begin within “months.”

• Reinstated the so-called Mexico City policy, which bars federal money from going to foreign nonprofits which promote or perform abortions.

• Ordered a freeze on federal hiring other than for military, public safety and public health jobs.

• Reversed a planned cut on mortgage insurance for many first-time homebuyers.

• Ordered executive branch agencies to begin preparing for the repeal of the Affordable Care Act, so far a mostly symbolic action that could be used to undermine the law’s enforcement.

• Formally submitted his Cabinet nominations to the U.S. Senate, which has now confirmed Defense Secretary James Mattis and Homeland Security Secretary John Kelly, and signed a waiver for Mattis.

• Ended a policy known as “catch and release,” under which some immigrants are released from detention while they await a hearing with an immigration judge.

• Ended federal funding to sanctuary cities and states, which opt out of reporting undocumented immigrants.

• Kept FBI Director James Comey, who both he and Hillary Clinton criticized over his handling of her private email server, on the job.

• Spoke with Israeli Prime Minister Benjamin Netanyahu by phone, signaling that a promise to move the U.S. embassy from Tel Aviv to Jerusalem won’t be fulfilled immediately.

• Visited the CIA to mend fences after weeks of acrimony, and faced criticism after he talked about the media reporting on the size of his inauguration crowds. 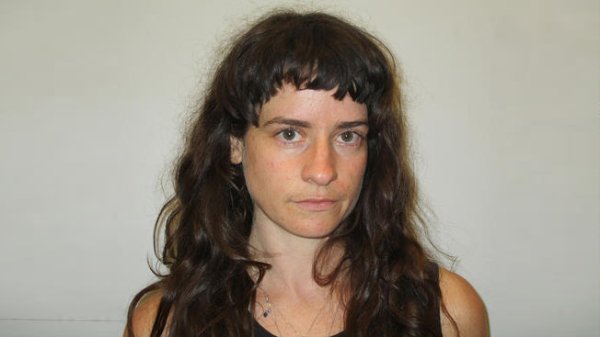 Police Say a California Woman Slashed a Trump Sign Because It 'Ruined Her Chill'
Next Up: Editor's Pick