Immigrant families pray at a Catholic Charities sponsored "immigrant respite center" before taking a bus from the border into the interior of the United States on January 4, 2017 in McAllen, Texas. They had been detained, processed and released by the U.S. Border Patrol pending a judicial hearing of their asylum petition.
John Moore—Getty Images
Ideas
By Alan Cross and Dr. Gus Reyes

Cross is a Southern Baptist minister in Alabama. Dr. Reyes is Director of the Texas Baptist Christian Life Commission.

Donald Trump won the presidential election thanks, in large part, to the votes of evangelical Christians.

In addition to the vast majority of white evangelicals, more Latino evangelicals voted for Mr. Trump than many pre-election observers expected. While many evangelicals of all ethnicities had significant reservations—including, particularly, his harsh immigration rhetoric and proposals—most concluded that he was at least a marginally preferable option on two key issues: abortion and religious liberty. On these issues, Hillary Clinton seemed unable even to acknowledge evangelicals’ concerns.

Many evangelicals voted for Mr. Trump in hopes that he will halt the erosion of religious liberty, both in the policies he pursues directly and via the justices he nominates to the Supreme Court. But religious liberty is not just about matters of conscience or how one worships. It also involves whether one has freedom to obey his religion’s commands, especially when it comes to serving and caring for those in great need. We’re now facing new religious liberty concerns related to our churches’ ability to minister to immigrants.

We are concerned in part because one of President Trump’s key advisors on immigration—and even a possible appointee for a top position in the Department of Homeland Security—is Kansas Secretary of State Kris Kobach, who is among the country’s most prominent proponents of anti-immigration policies that target undocumented immigrants and their children.

Congress is unlikely ever to appropriate the $400 to $600 billion that would be necessary to forcibly remove all immigrants present unlawfully in the country. But the kinds of public policies Mr. Kobach has supported would deputize local law enforcement to enforce federal immigration policies, leaving immigrants—with or without documentation—afraid to contact local police and intimidated from accessing basic rights such as public education, as well as making it difficult for landlords to rent to undocumented immigrants.

Such policies not only target immigrants themselves, each of whom we believe is made in the image of God with inherent dignity regardless of their legal status, but also encroach upon religious institutions’ ability to minister. A law might call upon the church food pantry to starve certain people out, but Jesus’ word calls on us to welcome the stranger and feed him.

During Texas’ last legislative session, one of us (Gus) joined Christian leaders who mobilized to stop legislation that would have criminalized ministers for transporting the undocumented to church services. The other (Alan) saw the impact of this sort of legislation firsthand in Alabama, while pastoring a Southern Baptist church. Alabama’s H.B. 56, authored chiefly by Mr. Kobach, made it a felony (punishable, in some cases, by up to 10 years of imprisonment) to transport someone who is undocumented “in furtherance of the unlawful presence of the alien.”

The courts have not decided conclusively what that means—whether driving someone to church, to English classes or to the hospital might qualify. But the bill specifically exempted first responders, police and child protective services but not church staff or volunteers, and that is troubling.

It was enough to scare some churches into canceling any sort of transportation involved in their ministry to immigrants. At ministry centers that help feed the hungry, people were afraid to give food to anyone without being certain that they were here legally. Churches and ministries are here and prepared to minister, not to determine immigration statuses.

We are focused on living out Jesus’ greatest commandment: to love our neighbors as ourselves. The very example Jesus gave of what such love looks like was the parable of the Good Samaritan, the story of a person who transports someone in need to get help. As evangelical pastor and author Rick Warren has said, “A Good Samaritan doesn’t stop and ask the injured person, ‘Are you legal or illegal?’” Nor, we would argue, is it the role of the state to expect us to do so, thus prohibiting the free exercise of our faith.

The Good Samaritan story also illustrates that the neighbor whom Christians are commanded to love cannot be defined narrowly to include only those of our own religion, because the religion of the hero of this story was different from that of the man beaten on the side of the road whom he assisted. Our call as well is to serve the vulnerable regardless of their faith background, which is why we’re also troubled by the religious liberty implications of attempts to ban refugees or other immigrants based on their religion.

While it is appropriate that our government thoroughly vet all individuals entering our country—as already happens through the long-established and strict refugee resettlement program—we are wary of any attempts to exclude anyone simply because of their faith.

The state legislature of South Carolina recently debated a bill that would have held churches who co-sponsor refugees civilly liable for certain crimes that the displaced people they ministered to may commit in the future. This was seen as a threat to religious liberty by hundreds of pastors and multiple denominations because the Bible clearly commands Christians to minister to those in need.

For a person or church that seeks to aid refugees, the threat of a lawsuit because of an unforeseen future crime would create a chilling effect across Christian ministry. We cannot hold the Good Samaritan responsible for a crime the beaten man might commit in the future.

Many of our fellow evangelical Christians voted for President Trump. We’re committed to praying for him, particularly that he choose cabinet nominees and agency officials with a track record of respecting religious liberty. Otherwise, our ability to freely obey the many biblical commands to love and welcome immigrants may hang in the balance. 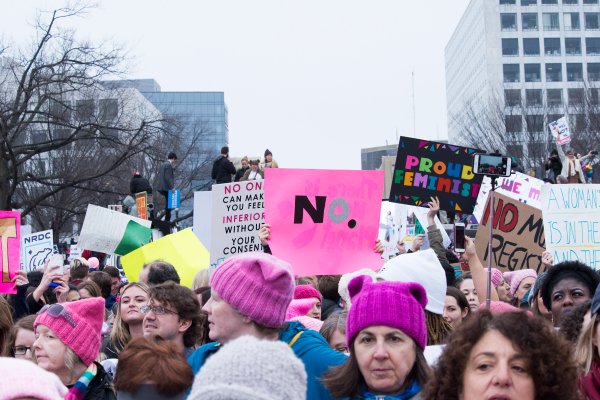 Why Donald Trump Won't Be Able to Overturn Roe v. Wade
Next Up: Editor's Pick